Forget it; we’ll never change time zones (will we?) 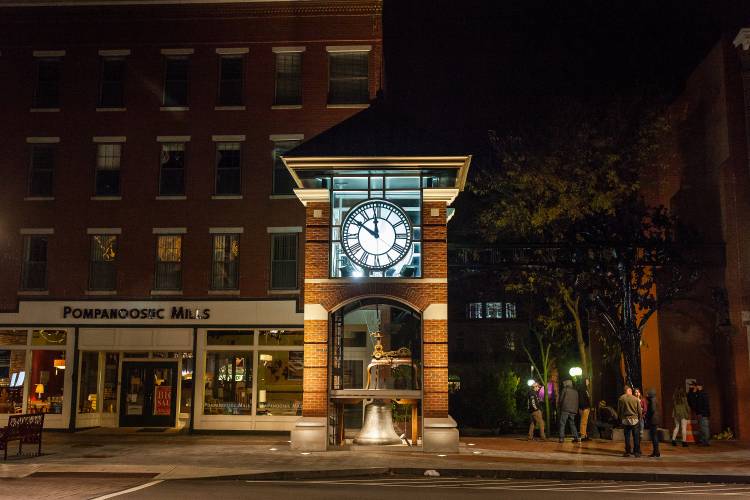 The revolt has been a quiet one. For years, advocates in a small circle of New England states have entertained a radical idea: throwing off the tyrannical yoke of Eastern Standard Time and choosing a different path. This year, they’re closer than ever to pulling it off.

Sound outlandish? Possibly. But while few of us were looking, legislators and academics have been clamoring to get their ducks in line.

In 2017, a bill by Maine Rep. Kathleen Dillingham to convert Maine to Atlantic Standard Time died in the state’s State and Local Government Committee, but not before sparking a conversation and national press attention.

That year, New Hampshire entertained its own short-lived legislation, which passed the House but didn’t progress. And Massachusetts assembled a commission of legislators, public health advocates, researchers and educators to study the issue, which in November 2017 voted, 9-1, to recommend the move – as long as it was in concert with Maine and New Hampshire.

That verdict could be the first significant momentum the effort has had. This year at least two of the member states are moving forward. New Hampshire’s vote Thursday pushes the bill, House Bill 567, over to the Senate. And Massachusetts legislators are putting forward their own bill, S.1870, which would change the time zone if and when Maine and New Hampshire do the same.

It’s a head-spinning proposition. But the arguments that have been put forward are simple: advocates say the present Eastern Standard Time/Daylight Savings combination is poorly matched to the times.

Others say it’s a matter of safety, pointing to some research indicating health dangers associated with the jump in time.

Daylight Savings – the stretch when the clocks are forward in the summer to maximize sunshine – takes up a majority of the year; moving to Atlantic Standard Time would effectively keep New Hampshire in the summer month timing for all 12 months of the year.

That would put the northeast corner of the country in line with Nova Scotia, Puerto Rico and Bermuda, large portions of South America, and other countries and areas. But during the summer months, New Hampshire, Maine and Vermont would effectively be on the same time zone as New York and Washington, D.C.

Exactly how far the bill should go was subject to debate Thursday.

Rep. Tim Josephson, a Canaan Democrat, submitted an amendment that would add Vermont to the list of states New Hampshire should wait on should the others pass the change, advocating for the importance of getting New Hampshire’s western neighbor on the same page.

But others, such as Rep. Carol McGuire, an Epsom Republican, disagreed that Vermont should dictate New Hampshire’s move, reasoning that most of the Green Mountain State’s population is seated on its western side and that its residents might be more prone to stick with New York.

The House wound up rejecting that amendment; the final measure passed without including Vermont.

Still, agreement on whether New Hampshire should do it isn’t universal. Some on the side of rejecting the move raised concerns about how the move would affect business.

“One thing I haven’t heard mentioned at all is cost, the cost associated with this,” said Rep. Michael Harrington, a Strafford Republican. “The world runs on time,” he added, pointing out that moving New Hampshire a time zone to the east would make it even harder to communicate with those on the West Coast.

Others pointed to the potential effect on children waiting for school buses, shrouded in an extra hour of morning darkness and cold. And they said moving the time zone while also eliminating Daylight Savings could compound that problem.

“The concerning part of this bill is what will happen during the winter,” said Rep. Sallie Fellows, a Holderness Democrat. “. . . The sun now rises between 7 and 7:15. With this bill it will rise between 8 and 8:15.”

Ladd, for his part, drew on his experience in a state with wild swings in day and night and its own time zone. “Would you believe that when I lived in Alaska … and I flew into Juneau, I arrived an hour before I left,” he quipped.

Any glimmer of change is still a ways off. Maine legislators appear not to have followed up on the issue this year. And if all three states do get on board, they will all need to obtain permission from the U.S. Department of Transportation, a potential hurdle of its own.

For now, the dominos are far from aligned, and any number of positions from governors or legislators could derail the tri-state effort. But if just one state takes the leap, a bubbling debate around bedtimes and morning commutes could become very real.