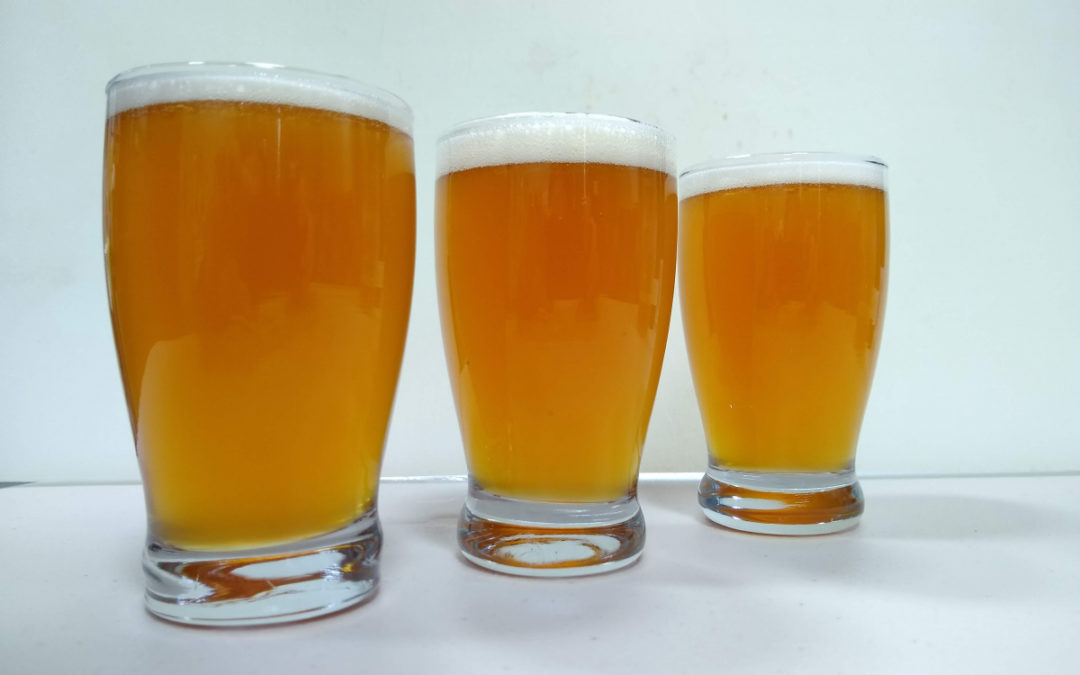 The “George Squashington” brew is the second to come out of the partnership between the NH Agricultural Experiment Station and the brewing science program at UNH. Credit: UNH

University of New Hampshire brewing science students have taken a trip back in history to brew a butternut squash pale ale using squash grown as part of the NH Agricultural Experiment Station’s cucurbit (a.k.a. gourd) breeding program. The brew, George Squashingon, is reminiscent of the pumpkin ales first developed during colonial times and will be served at the student-led Paul College Hospitality Management Spring Dining Series in April.

Cheryl Parker, manager of the UNH Brewing Science Lab, said the students brewed a hoppy pale ale that uses English and American Ale yeast, butternut squash, and brown sugar. The base malt is Marris Otter barley from England with caramel malted barley for a sweet, nutty color and flavor. Students roasted the butternut squash for the mashing process and added brown sugar as a nod to the colonists who may have added maple syrup or molasses to their brews.

The butternut squash used to brew the ale was grown as part of the university’s cucurbit breeding program. Brent Loy, faculty emeritus, continues to oversee the research program, which is the longest, continuous cucurbit breeding program in North America. Loy’s research has resulted in more than 80 new varieties of squash, pumpkins, gourds, and melons sold in seed catalogs throughout the world.

“Pumpkin beers are popular in October, but if you think about the growing season and the fact that it takes several weeks to make a beer and get it on store shelves, beer made with real pumpkins at Halloween is nearly impossible to do using local produce in our area. Many breweries use flavor extracts and pie spices to create a pumpkin-flavored beer,” Parker said.

“There are various ways to use real squash in beer, but historically it was not for flavor, it was for the starch. This is what we did when we added it to our grain and let the enzymes from the barley turn the starch into sugar for our yeast. This will be a perfect end of winter hoppy ale, which we promise will not taste like pumpkin pie,” she said.

Parker sees the brew lab’s new partnership with the NH Agricultural Experiment Station enhancing the academic program. Not only will students in the program have access to different local products that are still in development, they also will be able to collaborate and learn about important research at UNH.

According to the national Brewers Association, the New Hampshire craft brewery industry has an economic impact of $353 million in the state, with more than 100,000 barrels of craft beer produced annually. There were 58 craft breweries in New Hampshire as of 2016.

This material is based upon work supported by the NH Agricultural Experiment Station, through joint funding of the National Institute of Food and Agriculture, U.S. Department of Agriculture, under award number 1016574, and the state of New Hampshire.

Founded in 1887, the NH Agricultural Experiment Station at the UNH College of Life Sciences and Agriculture is UNH’s original research center and an elemental component of New Hampshire’s land-grant university heritage and mission.