The mystery of the “taxidermied bear” 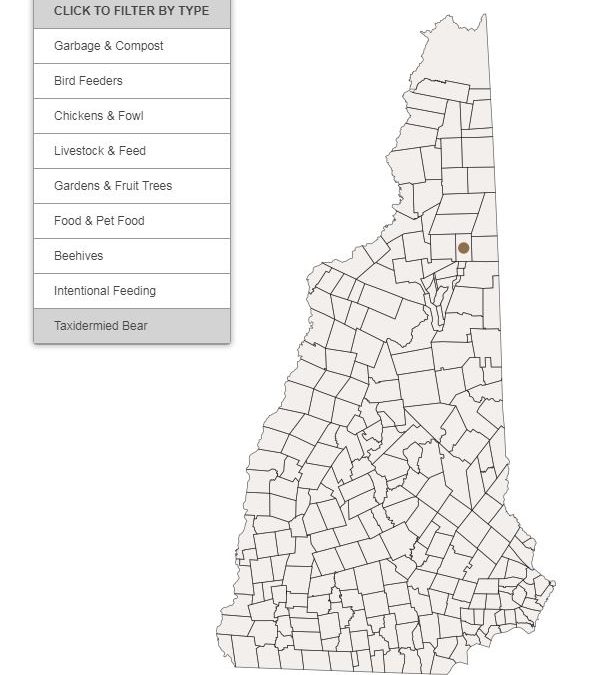 Screenshot of interactive map of bear incidents by NHPR.

New Hampshire Public Radio has a good story about the ongoing problem of bears interacting with people in New Hampshire – read/hear it here – and they included a database of bear nuisance reports to New Hampshire Fish and Game over four years. The causes were clumped into obvious categories such as garbage, bird feeders or  livestock and each had dozens or hundreds of incidents scattered around the state. But there was one weird exception, a category with a single incident in the North Country that was labeled:

What the heck??? The Monitor did a similar story a year ago and also got a database of bear incidents from Fish and Game, but we didn’t hear anything about any taxidermied bear!

Galvanized, I put on my reporting hat and got to work – in other words, I sent an email to Nicola Whitley, who runs communication for Fish and Game. She poked around and came back with this:

It was a bear that was trying to break into a house in Lancaster quite a few years ago into a child’s room. The father shot it and had it taxidermied.

So there you go. I’ll admit I was disappointed: I had visions of a wild bear becoming enamored of a stuffed bear and refusing to leave, which would have been a great story.