Eight years later, the Hooksett disks are still floating around the world 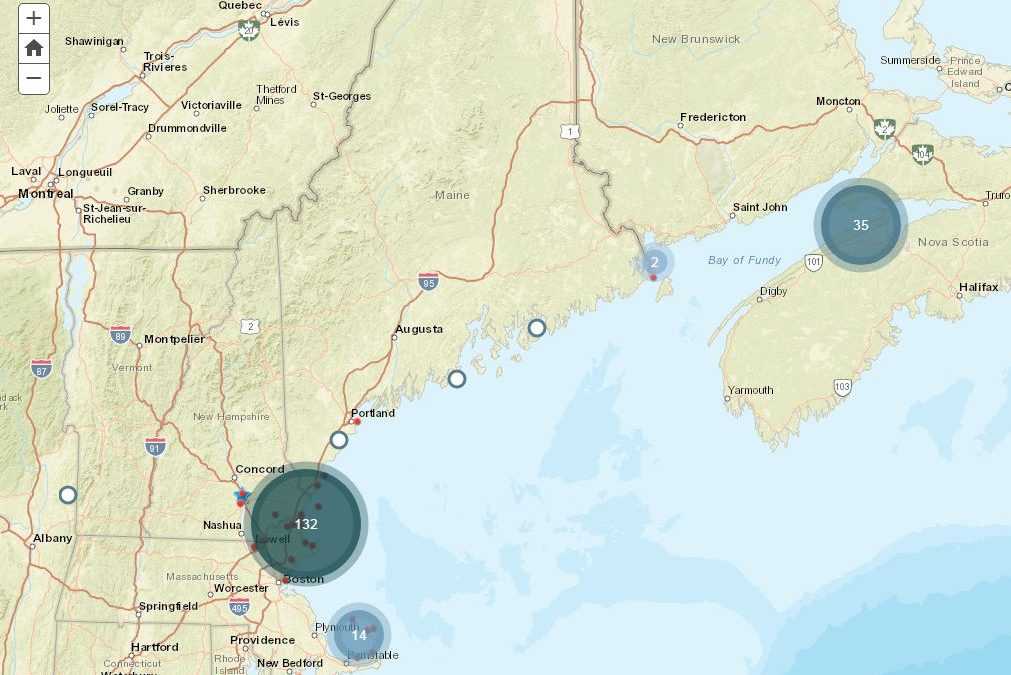 This doesn't show the two disks found in England and one found in France.

(I wrote most of this a year ago, but the state Department of Environmental Services tweeted about it this week as part of ocean environmental awareness, so let’s remind ourselves of this fun story.)

On March 6, 2011, more than 4 million plastic disks were accidentally discharged from the wastewater treatment plant in Hooksett into the Merrimack River. Known as biofilm chips, the disks helped with water treatment by providing additional surface area for bacteria to grow.

It was a big deal environmentally but it was also an interesting ocean-current experiment because the disks float and last for years. Since 2011 they have floated down to the Gulf of Maine and out into the Atlantic Ocean and have been found on Cape Cod, Nantucket and Rhode Island, at various locations up the Maine Coast, on a surprisingly small amount of beach in the Bay of Fundy (which obviously has very focused currents) – and three have even crossed the Atlantic Ocean.

The disks are still being tracked via volunteer sightings. If you’re interested in participating, check it out here.

This isn’t the only such incident used by oceanographers – maybe you’ve heard of the 61,000 floating Nike shoes – but it’s our incident!