Without capacitors from Concord, there’s no moon landing 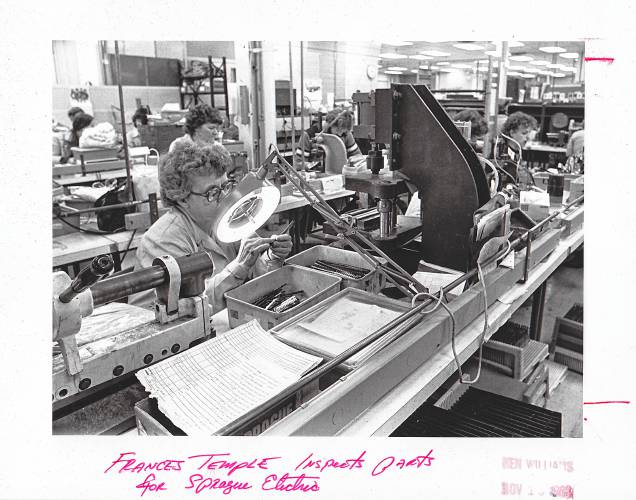 Lots and lots of companies provided equipment that helped put Neil and Buzz on the moon 50 years ago, and I have profiled a local example: Sprague Electric’s plant in Concord made Apollo’s capacitors, small electricity-storing-and-discharging units that are vital to any electronic equipment.

Hundreds of people worked at the plant, which has been gone for two decades as part of industry consolidation and cost-cutting. Many of them were women, who often filled electronics assembly plants because they could be paid less.

Sprague didn’t talk much about the NASA connection when he was there: “They did have some pictures of it, but no big deal.” They certainly didn’t brag to the local newspaper; a hunt through old Monitor files finds no articles about it.

But Perry says everybody at the plant was proud of the connection and it added to the excitement as they, along with the rest of the world, watched Neil Armstrong set foot on the moon.

“I just wanted to remind everybody that some people in Concord had a role in it.”