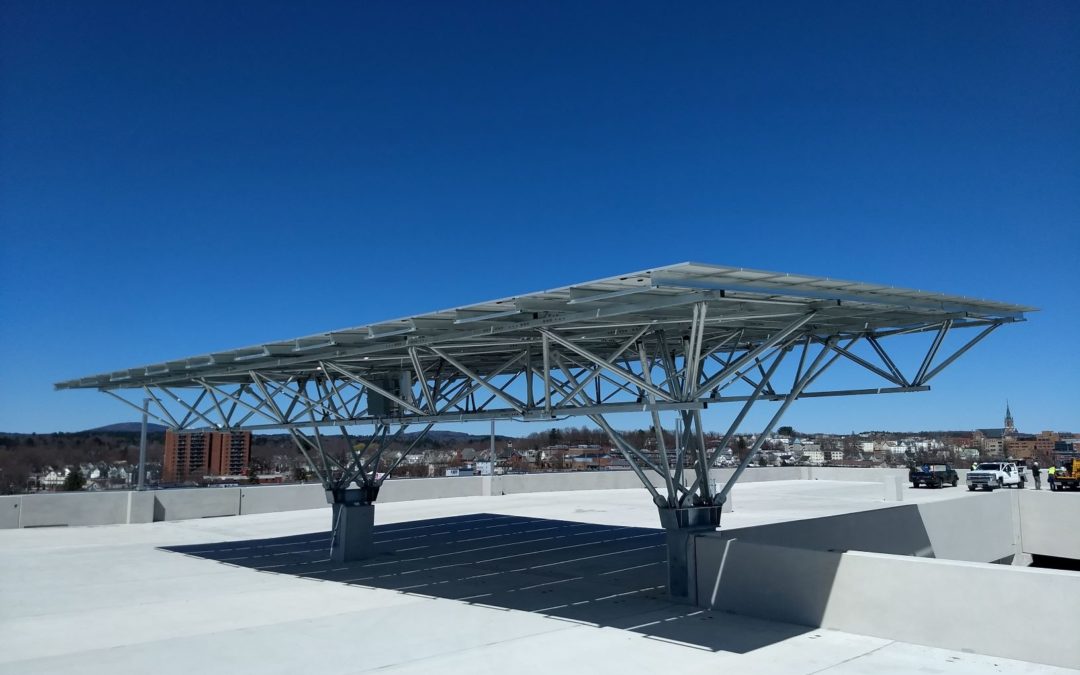 No, this isn't the least parabolic radio telescope on the planet - it's the new solar carport atop a Manchester parking garage. Photo: Quest Renewables

Solar carports make a ton of sense. There’s nothing more wasteful than a big parking area, so why not cover it with solar panels and at least get a little electricity out of it, while slightly reducing the need for summertime air conditioning in cars parked there.

Short of putting panels on top of large, flat, unshaded retail or manufacturing buildings, which can consume some or all of it on site, a solar carport is the most obvious way to expand solar power.

I don’t know of any database of solar carports so I haven’t any idea how many exist in New Hampshire. I know that Comcast has put in at least two – at its Manchester HQ and its Plymouth call center – and a small one (eight cars) was just installed on the top of the new parking garage for SNHU in Manchester.

ReVision Energy, the New England solar company that oversaw the SNHU project, touted a propriety system for the whole system: “The carport truss required just five days to construct and erect, including the mounting of the inverters, solar panels, and direct current wiring.” We tend to focus on the cost of photovoltaic panels when thinking about the cost of solar power, but it’s the ancillary stuff that often makes a project do-or-die.