Trying to bring quinoa to N.H. 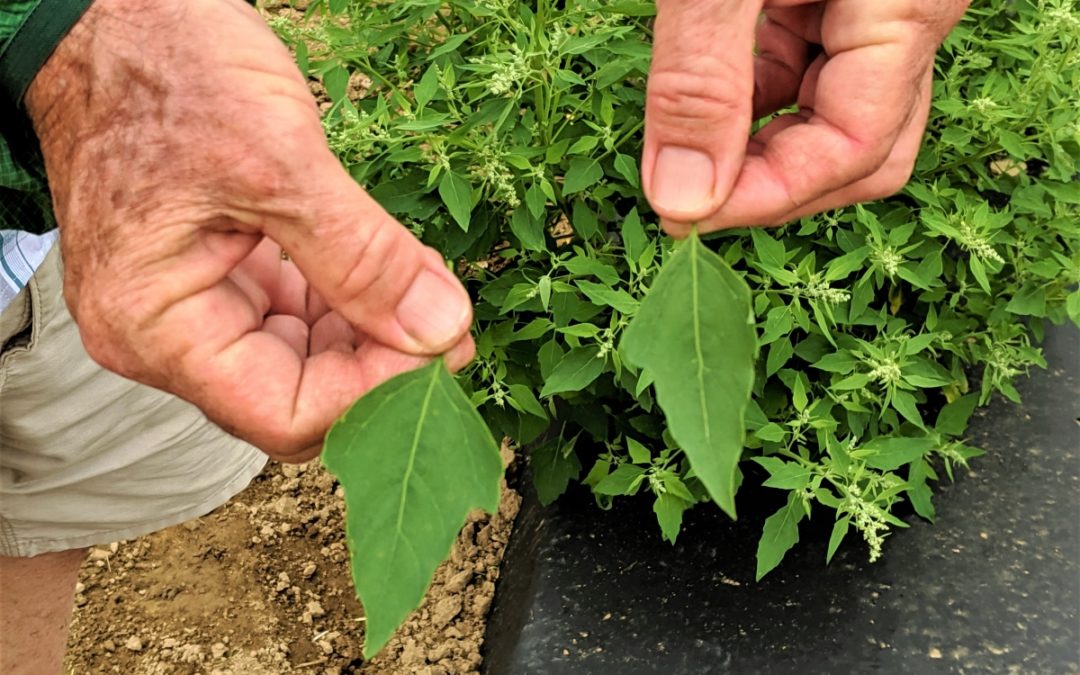 UNH photo: UNH launched the quinoa breeding project in 2017 to develop a new high-value, local specialty crop for Northern New England farmers. The research is taking place at the Woodman Horticultural Research Farm and the Macfarlane Research Greenhouses, both facilities of the NH Agricultural Experiment Station.

Researchers with the New Hampshire Agricultural Experiment Station at the University of New Hampshire have discovered a native relative of quinoa with high disease resistance that may be an ideal breeding partner to re-domesticate the grain in Northern New England. A locally adapted source of quinoa would give the region’s farmers new high-value grain crop that is in high demand across the nation.

“A key challenge when trying to farm quinoa here and elsewhere is its susceptibility to disease, with downy mildew being the most destructive disease of quinoa worldwide. We are trying to find native New England sources of disease resistance to breed with quinoa to produce a resistant variety of local quinoa. We hope that the protocol developed in this research will be able to be applied to other quinoa growing regions,” said Haley Nolen, graduate student in genetics who is working with experiment station researchers Tom Davis and Anissa Poleatewich on the project.

The plant genus Chenopodium includes the cultivated species quinoa and other “chenopod” relatives. “Fortunately, we found a weedy species closely related to quinoa, Chenopodium berlandieri var. macrocalycium, or pitseed goosefoot, which is native to New England, had a high tolerance to downy mildew disease,” said Nolen, who will continue this research with Davis and Poleatewich as a doctoral student at UNH.

Davis, a geneticist, and his research team launched the quinoa breeding project in 2017 to develop a new high-value, local specialty crop for Northern New England farmers. The research is taking place at the Woodman Horticultural Research Farm and the Macfarlane Research Greenhouses, both facilities of the NH Agricultural Experiment Station.

“If we can successfully breed or re-domesticate a locally adapted quinoa variety that can be grown with commercial success, it would offer a new option to regional farmers interested in taking advantage of the current, very high price commanded by quinoa as a novel and highly nutritious grain crop,” Davis said.

According to the Food and Agricultural Organization of the United Nations, quinoa grain is a nutritional powerhouse that is high in protein, vitamins, and fiber, and low in fat. Quinoa is almost exclusively grown in South America, with the three main producing countries are Peru, Bolivia and Ecuador. However, its potential for cultivation elsewhere is being widely explored.

Global production of quinoa has been increasing significantly, surpassing 228 thousand metric tons in 2015, according to Statista. In 2014, the United States was the leading importer of quinoa in the world; U.S. quinoa imports totaled $159.12 million, or about 68.9 million pounds. The global price of quinoa has more than doubled from $2.96 per kilogram in 2010 to $6.74 per kilogram in 2014.

Researchers have been challenged by maintaining the pathogen downy mildew in the lab. Nolen explained that the pathogen needs a host to survive and cannot be cultured on artificial media like other fungi. As a result, she has been able to work with it only when it naturally occurs in the field during the summer.

“It is always a challenge to ‘get to know’ a new species chosen for study. We must learn how to grow the plants, how to perform genetic crosses, collect and germinate seed, differentiate among the wild species, and so on. It takes considerable time and effort to learn by doing,” Davis said.

This research has been presented at the Northeast division meeting of the American Phytopathological Society (APS) at Penn State University and the national APS meeting, Plant Health 2019 in Cleveland, Ohio.