A story about a whole bunch of ants 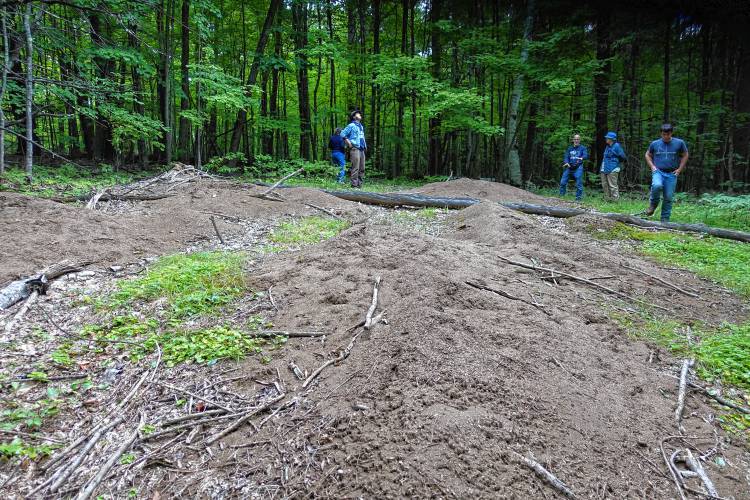 Giant ant mounds are a fact of life in hotter climates but we don’t see them much in New England. So when somebody found a number mounds from a single colony in a forest in the town of Temple, NH, they called in an expert.

You can read the resulting story from the Monadnock Ledger-Transcript right here. It includes this wonderful quote: “Ants are a little more charismatic than plants – some plants, anyway.”

It’s also got a long anecdotal lede, which I normally hate but which works in this case because it tells a riveting tale of insect intrigue: “She killed the unsuspecting queen and assumed her identity, coating herself in the host queen’s pheromones. The black and silver workers diligently tended her eggs, not knowing that soon, the usurper queen’s red and black Allegheny mound ant progeny would replace them at their own job.”