How much of New Hampshire will be “hard to count” in the census? 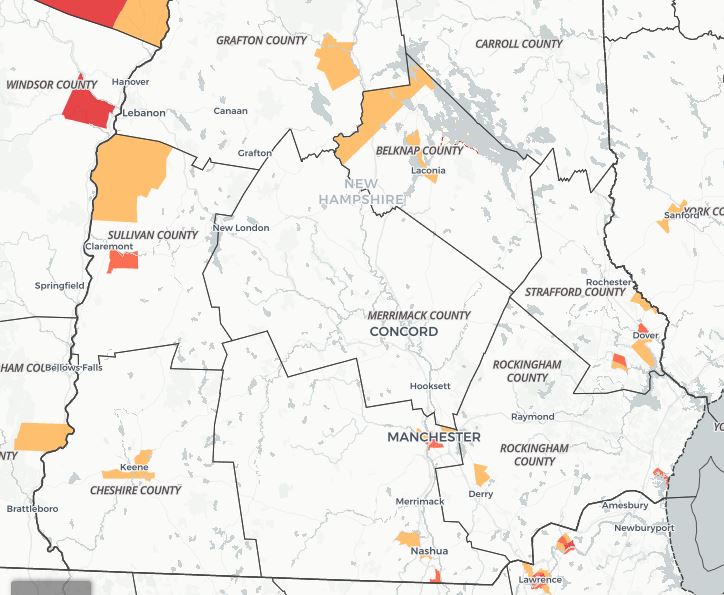 Map of "hard to count" areas in southern NH, estimated by CUNY. Darker colors indicate fewer returns were mailed back in 2010.

The Center for Urban Research at City University of New York has put out an interesting mapping tool that estimates how hard it will be for the 2020 census to reach various parts of the country.

The estimate is based on how many households in each area mailed back their 2010 census questionnaire. Census workers had to physically visit homes that didn’t mail them, which raises the possibility that they’ll be overlooked.

CUNY developed an interactive map (here it is) that divides the country up into “census tracts” used by the Census Bureau – which don’t always follow normal political boundaries – and marked those where the percentage of mailed-back forms was lower or much lower than the national average. Those are considered “hard to count” areas.

New Hampshire has relatively few such areas, and none at all in Merrimack County. There are some in downtown Manchester and Nashua, and also some in Durham and Keene, which might reflect the college populations.

The biggest hard-to-count area physically is in the White Mountains but it covers very few communities – Carroll is the only one of any size.