R&D spending has gone up a lot in New Hampshire, but venture capital investment has nose-dived 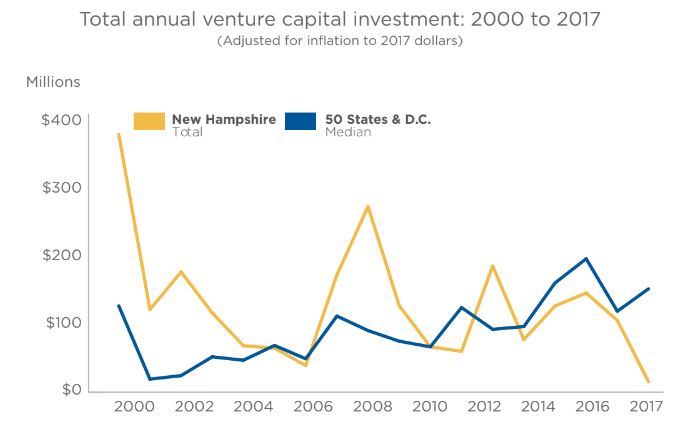 I would guess this is a result of being so close to Boston - founders head south to get their money.

The National Science Board has issued its 2020 Science and Engineering Indicators report, which looks at things like college degrees and spending on research and start-ups.

Some conclusions for New Hampshire in 2018:

About 5.3% of people working in New Hampshire were classified as “scientists/engineers” compared to 4.9% nationally, and another 1.7% were “workers in technical occupations” compared to 1.3% nationally.

$2.3 billion was spent on Research and Development in the state, an increase of 117% since 2000 which is well above average for states in our category (spending between $1 and $5 billion annually)

Venture capital investment in NH has dropped significantly since 2000, from almost $400 million to less than $70 million.

And echoing a message that we hear all the time from all sorts of places, the report says “New Hampshire’s high cost of higher education could impact the job pipeline for Granite Staters interested in science and engineering.”