UNH heading back to the sun – its orbit, at least 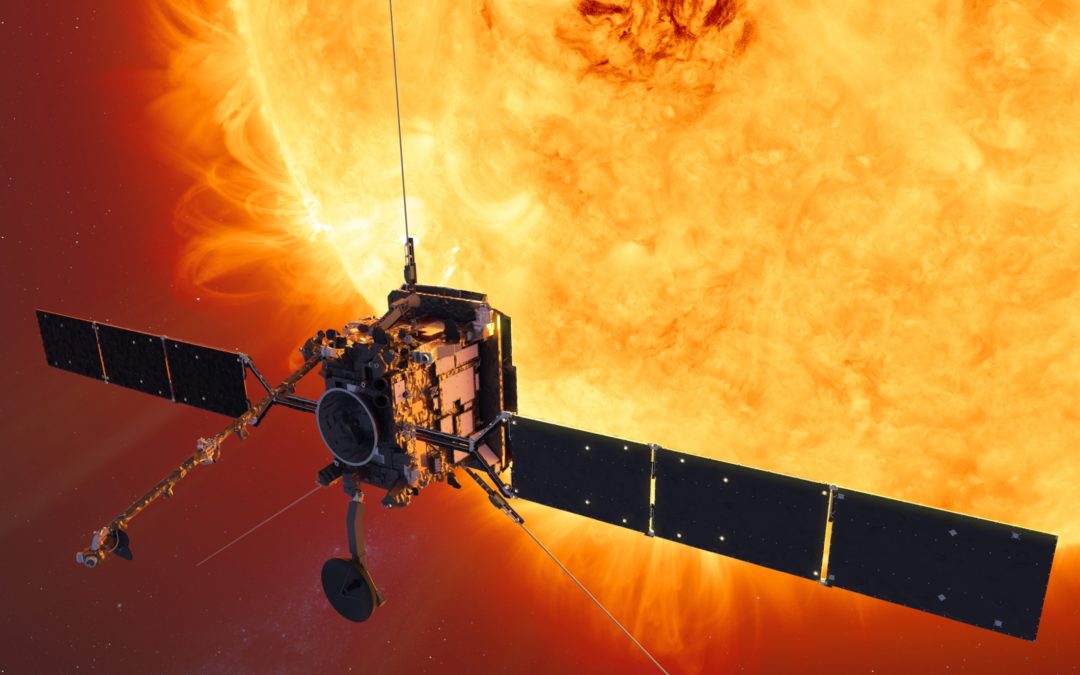 Technology from UNH’s Space Science Center will be aboard the Solar Orbiter an international space mission studying the sun and the heliosphere to gain a deeper understanding of space weather which can impact astronauts, spacecraft, satellites, and communication technologies. Photo by European Space Agency (ESA)

When the new Solar Orbiter blasts off from NASA’s Kennedy Space Center in early February, it will carry with it an instrument designed and built by researchers from the University of New Hampshire Space Science Center (SSC) to study the Earth’s closest star, the sun. The international mission, led by the European Space Agency (ESA) in collaboration with NASA, will focus on the heliosphere. the bubble-like region of space that surrounds the solar system. It will provide data to help scientists gain an even deeper understanding of the solar wind, solar eruptions, and the sun’s magnetic field which all influence space weather and can impact astronauts, spacecraft, satellites, and communication technologies.

“The Solar Orbiter is unique from other missions in that it will focus on the higher latitudes of the sun and will have the ability to co-rotate with the sun and fix on points of interest for longer periods of time, providing more detailed information about specific regions,” said Antoinette Galvin, professor of physics and lead UNH co-investigator on one of the particle detectors on the Solar Orbiter. “This mission will not only build on the success of previous missions but also hopefully help predict forthcoming solar storms that may impact humans and technology.”

UNH’s research involved 43 faculty, staff, and students assisting in the development of the time-of-flight subsection of the Heavy Ion Sensor (HIS), which will detect solar wind particles such as oxygen, nitrogen, and carbon and provide data on their charged state to indicate from what part of the sun they originated. UNH’s SSC Assembly Lab and the Morse Hall Machine Shop helped to fabricate components, ran exhaustive simulations, tested prototypes in vacuum conditions, and ran several sub-assembly stress tests so the unit would not only detect the proper particles but also withstand the stress of launch.