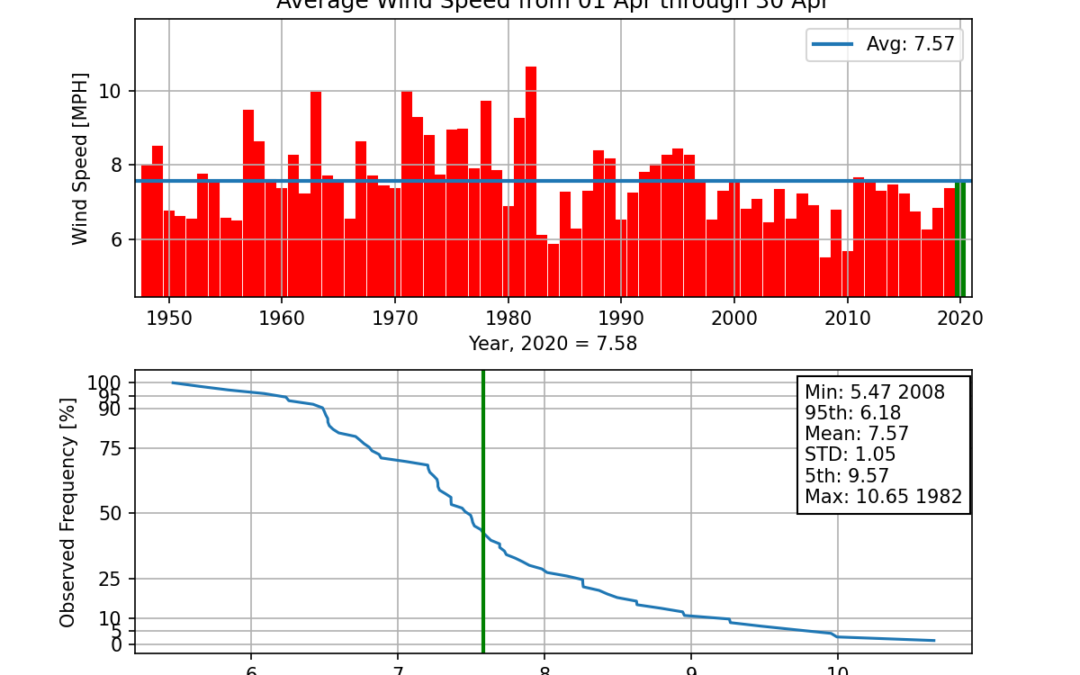 Doesn’t it seem like it’s been windier than normal over the past couple of months? It sure does to me and anybody else I’ve talked to about it.

That query was put to the National Weather Service folks in Gray, maine, who cover Maine and most of New Hampshire. They crunched the long-term data for Concord Municipal Airport, the official NWS site in the state, and found …

The basic trends are similar for Concord as those of Portland, with March being less windy than normal, April being near normal, and May so far being above normal.

Ah, well. So much for casual perception. The April chart is shown above.

May has been very windy so far, as the chart below shows. Perhaps we’re just experience recency bias – the way whatever happened most recently overwhelms our memory of events that happened previously.