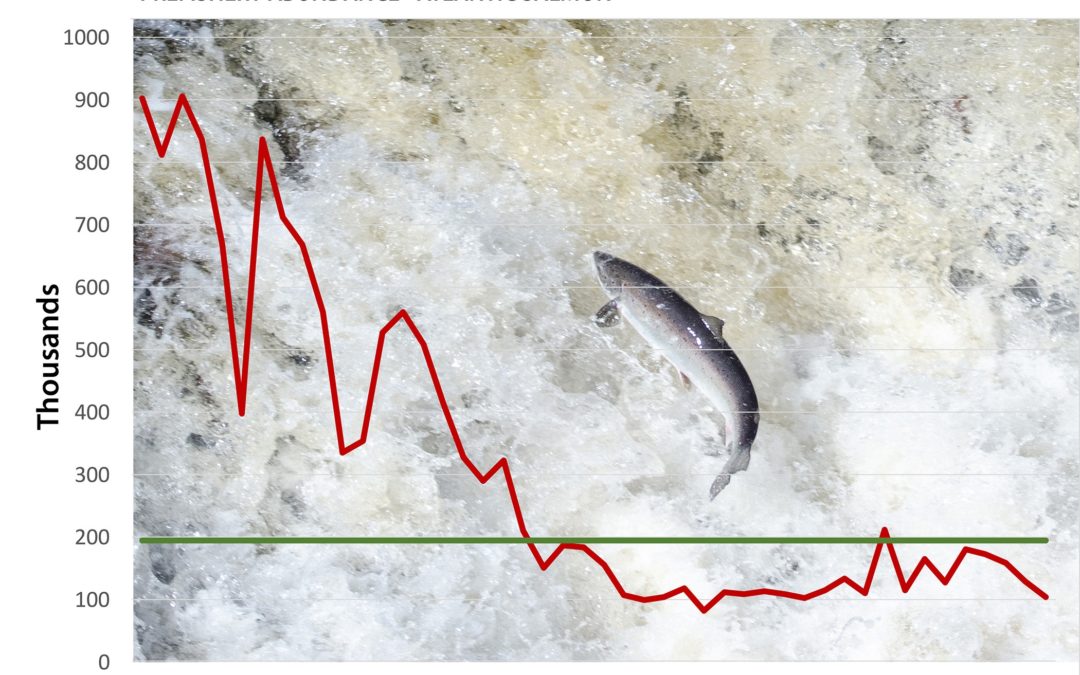 Salmon and other anadromous species (part of their life cycle is in fresh water, part is in salt water) are getting hammered from two directions, with dams and pollution and competition from bass and other problems making it hard to hatch in rivers, and warming, acified seas making ithard to grown and thrive inoceans.

The result, not surprisingly, is that their numbers are falling. The annual State of Wild Atlantic Salmon Report says that the number of salmon that returned to rivers in Maine and eastern Canada was among the lowest in the 49-year history of the study.

“The combined effect is that fewer juvenile salmon parr are living to become smolt, and fewer smolt are making it successfully to their ocean feeding grounds.”

New Hampshire stopped efforts to bring salmon back to the Merrimack and Connecticut rivers several years ago, concentrating instead on herring and shad. Here’s a story from 2018.

The salmon report can be read here.