Wikipedia scoffs at lesser Mount Washingtons, and I face a wiki-quandary 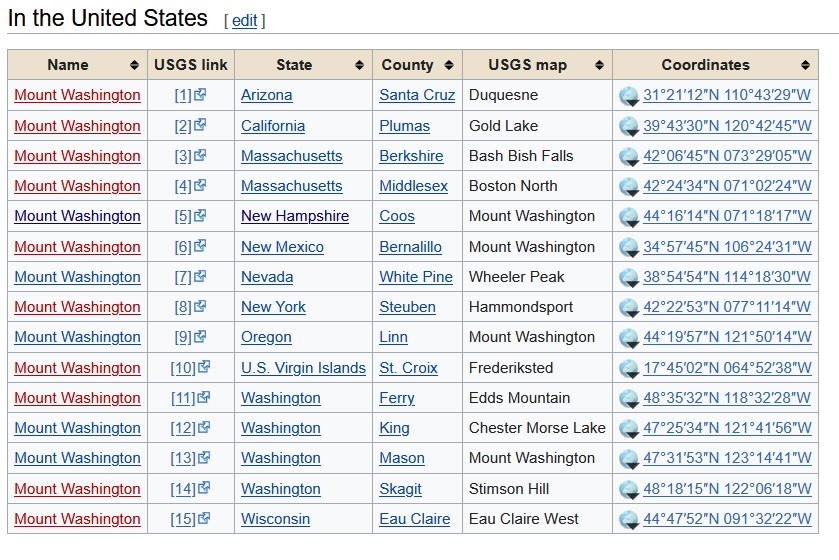 Look at all those imitators!

Editors at wikipeida (meaning anybody who wanted to get involved) have decided that New Hampshire’s Mount Washington is the most important one. Hooray for us!

On an unrelated note, I am a long-time wikipedia editor who this week faced a quandary. Somebody, I don’t know who, added me to the article “David Brooks” a disambiguation article pointing to 16 articles about people with that name. (It doesn’t have “disambiguation” in the title because none of the David Brookses is considered to be “primary”. And you thought wikipedia was simple.)

Like a good editor I removed myself because (a) I’m insufficiently notable, and (b) I am not the subject of an article, which is a requirement for listing on a disambiguation page. But wikipedia frowns on editing articles dealing with yourself, because that way lies PR-speak blather.

So by wikipedia standards I did a good thing that was also a bad thing. Am I a do-bee or a don’t-be? I can’t decide.