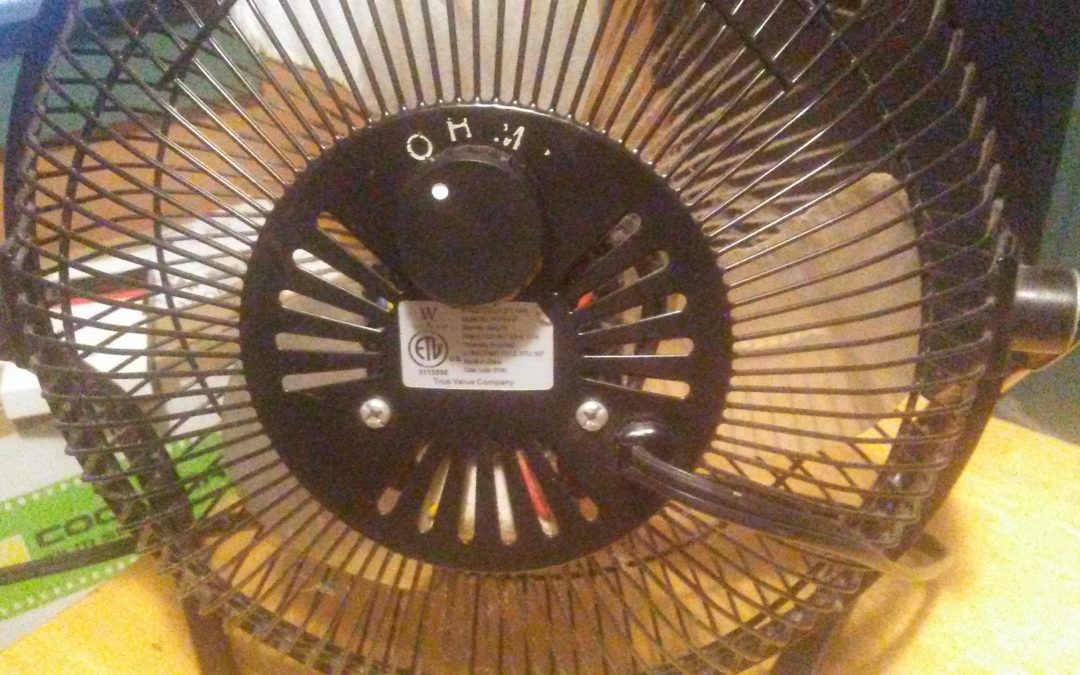 O is off and H, next to it, is High. Then comes Medium and I don't know why Low isn't visible - maybe I scrape it while groping from the control knob on the back of this fan.

In a sign that I am spending too much time in my AC-free home office that gets pretty toasty in the afternoon, I recently asked this on Twitter:

On most (all?) electric fans with several speeds, the setting on the control knob closest to “off” is “high” – subsequent clicks makes blades turn slower. That seems backwards. Shouldn’t “slow” come first, then faster?

I was pointed to a long discussion on reddit, where opinions were divided between attributes of electric motors and habit ( “Because when you walk inside you don’t go “Aaahh its sooooo hot! turn the fan on low power!!”). But then I was pointed to this excellent video from a YouTube channel called Technology Connections which described how it’s a probably no longer necessary holdover from the method used to start small electric motors under two-phase power. Watch the video, it’s got lots of good stuff.

During discussion it was pointed out that gas stoves do the same thing, with knobs for burners going directly from Off to High. No electric motors there!

That design seems to be a user-interface decision, ensuring there’s enough gas to light the burner initially and making it harder to leave a small amount of gas coming out with no flame.