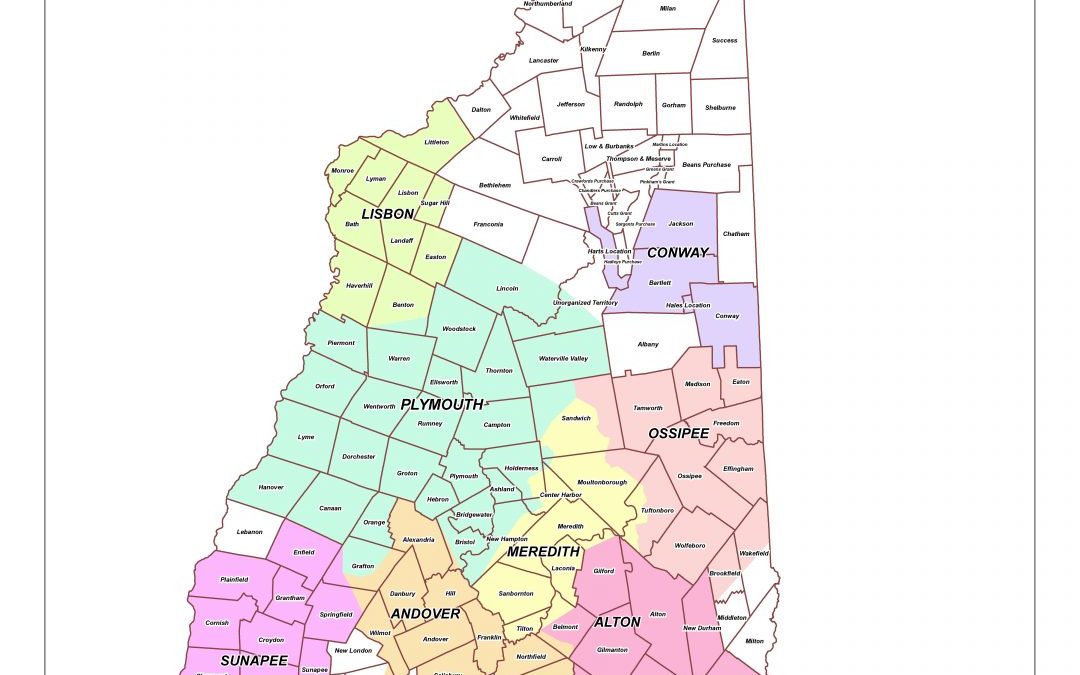 The state’s highest profile push for rural broadband is trying again, and this time the folks in charge are on board.

New Hampshire Electric Cooperative, which serves 115 mostly rural towns including portions of Loudon, Canterbury,  Franklin and points north, is trying again to add delivering broadband internet to its core mission of delivering electricity. A special election has been called on the issue that would change the coop’s bylaws; ballots were just mailed out to the co-op’s 84,000 customers, and voting ends Oct. 14.

A grassroots effort to change the bylaws came close during the annual meeting in June, falling about 2% short of a needed 2/3 majority of member votes. At that time, however, the coop’s board of directors were mostly opposed, worried about costs. Now they’re behind the effort.

“I think there’s a good chance,” said Richard Knox, an NHEC customer and member of a broadband advocacy group who was one of those who pushed the grassroots effort and is helping get the word out this time. “That would be important not only to greenlight their own plans, which are pretty ambitious … but might even have an effect beyond the coop’s service area.

“The entry of the Coop into broadband would have a good effect on other internet service providers – they can be very competitive …and I think that would have a bracing effect on pricing,” he said.

New Hampshire has been lamenting lack of rural internet access almost since the internet was invented, but the surge in working at home and remote schooling has given it new impetus.

“It has gotten so much visiblitybec of the pandemic, it’s so clear (braodband) is a necessary utility,” said Knox.

The state is targeting $50 million in federal CARES Act to help connect properties that have been unable to get online or struggle with a reliable connection.

New Hampshire Electric Cooperative is preparing two broadband pilot projects, in Lempster and the Colebrook area where it owns the utility poles, using $6.7 million of that money. Getting permission to string cables on utility poles, which are usually owned by the telephone company or the electric company, is often a complication for extending internet service.

The CARES Act money has a very tight deadline that has limited who can apply, since projects must be ready for residential connection by Dec. 15. Efforts are underway to extend that deadline.

Changing the New Hampshire Electric Cooperative’s bylaws is necessary, officials say, because otherwise the board can’t make broadband-related capital investments without getting voter approval, which would slow the process and probably make it more expensive.

The coop’s plan would use fiber-optic cables to connect directly to homes, allowing speeds of at least 25 Mbps download and 3 Mbps upload. Those speeds are not particularly fast by modern broadband standards, where 100 Mbps download is not uncommon, and may not always be adequate for remote-work needs. The livestream camera company Mevo, for example, recommends a minimum upload of 5Mbps for its products.

Still, those speeds are almost always an increase over rural speeds over cable modems or DSL on phone lines, and have become an accepted floor for defining broadband.

Based in Plymouth, NHEC has about 84,000 customers. Because it’s not a regulated utility it has more flexibility than Eversource, Unitil or Liberty, the state’s other electricity providers.