New England is no fan of electric heat 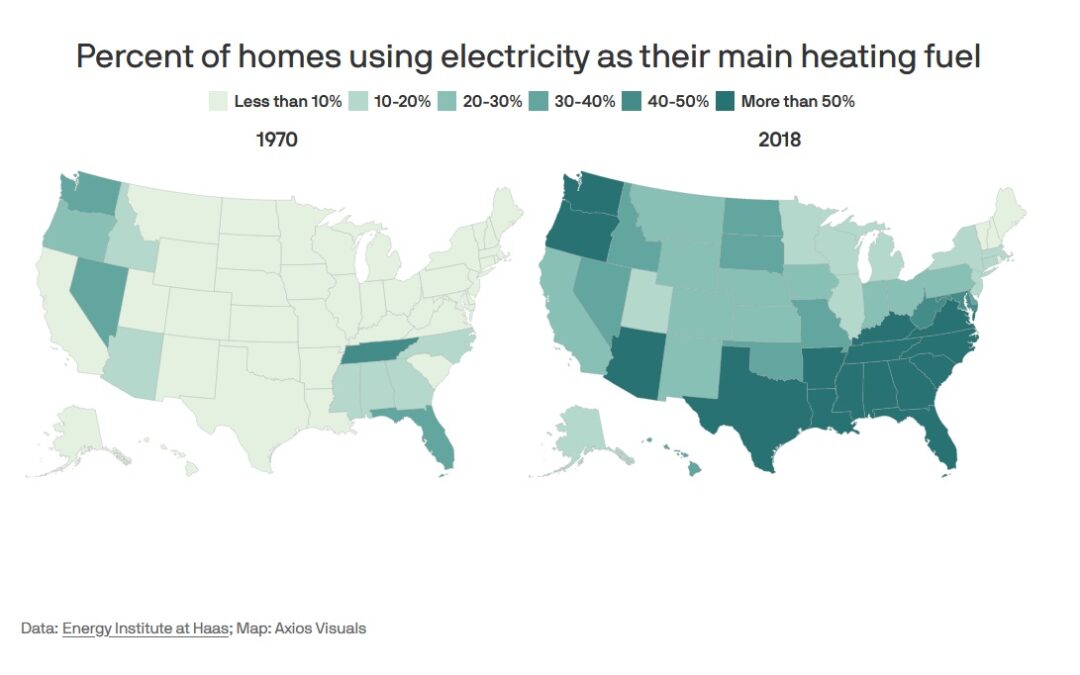 Many people in New England have long-term memories of electric heat being expensive thanks to our prices and, if you suffered through ’80s-era heat pumps, ineffective.

So it’s no surprise to read from Axios that Northern New England has the lowest rate of home heat provided by electricity in the country. You can see it in the map, shown above.

The gist of the article, based on a working research paper, is that the U.S. gets a lot more heat from electricity than many people realize, which makes “electrify everything” – one of the key tenets in reducing America’s CO2 production – more plausible.

For New England, switching people from gas heat to heat pumps (which work much better now than they did when I was shivering in a Merrimack townhouse three decades ago) would be a relatively easy way to reduce fears of polar vortex electricity shortages, which are caused because so much of our power is generated by gas-fired plants. Diverting less gas for heat means more for power.