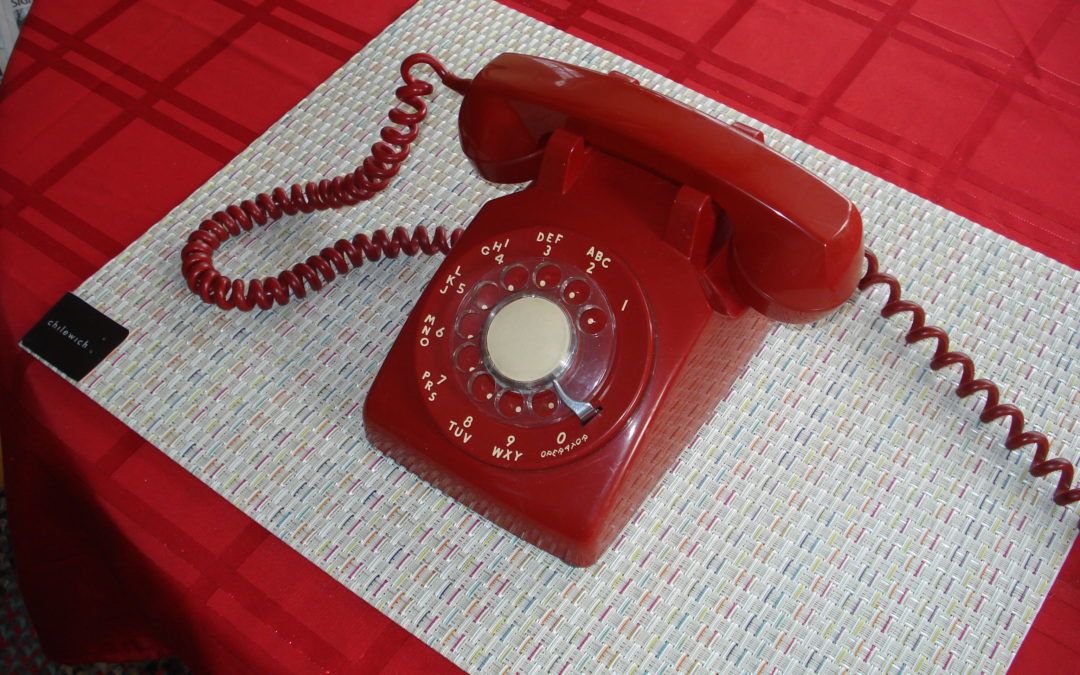 Many things have changed in the way we use our telephones in the past decade but one thing hasn’t: I don’t dial the area code when making local calls on my desk phone.

Alas, not for much longer. By June 2022, you and I and everybody in the state will have to dial 10 digits – the area code plus seven-digit phone number – for all our landline calls.

Why? Blame Portsmouth, plus a continent-wide organization you’ve never heard of and the creation of a suicide hotline.

Before we get into the details, note that this does not mean we’re getting another area code. Good old 603 will continue to reign supreme in New Hampshire and if projections hold true it will continue to be our only area code for at least another decade. Also, we’re only talking about land-line phones here; cellphones operate on a different system.

Over the past year or two, the state’s half-dozen landline telephone companies have been changing the switches that handle our calls preparing for April 24, when New Hampshire, Vermont and 80 other locations around the country will launch “permissive 10-digit dialing.” That will be a sort of training period during which we will have the option of dialing 603 in front of the 7-digit phone number when calling anywhere in the state.

Starting in October, the option will start to become mandatory for more and more of us as part of a national rollout until June 2022, when it will be required for everybody.

“From a switching perspective, it’s quite a bit of work. We’ve had 100 to 110 switches impacted. It will take us 1,800 to 2,000 hours to complete this by the end of the implementation, ” said Jeffrey McKeefry, senior director of network engineering for Consolidated Communications, which provides landline service for most of the state. “We know it’s important.”

Why is all the work necessary? Because of the way the telephone system’s switched network operates.

When you dial the first three digits of a phone number known as the exchange, the switch at the other end of the line doesn’t know if it’s going to be a local or a long-distance call, which makes quite a difference. The original area codes signaled this distinction by having “0” or a “1” as the middle digit, because no exchange has those numbers in the middle.

As more area codes were added due to telephone proliferation, however, that distinction had to be dropped. (The zero in New Hampshire’s 603 reflects that we were one of the original 86 area codes assigned in 1947, compared to newer area codes like 978 in Massachusetts.)

This explains why we dial a 1 in front of a long-distance call – it’s to alert the switch.

The problem comes if the exchange, the first three digits of a 7-digit phone number, is the same as the three digits of somebody else’s area code. Then the switch will be uncertain what do to (is this local? is this long distance?) and the call can’t go through.

Up to now that hasn’t been a problem in New Hampshire because none of our exchanges overlap any area codes. But starting next year a National Suicide Prevention Hotline will be available by dialing 988 (currently it requires dialing a full 800 number) and 988 is an exchange in Portsmouth.

To avoid confusion between the Portsmouth exchange and the suicide hotline, we’ll have to start every call with the area code. We will also need to dial the initial “1” for those parts of the state which are toll calls but not for local calls that aren’t toll.

No, I don’t know which parts of New Hampshire are which, either. That will be a pain.

This could have been avoided in two ways. The North American Numbering Plan Administrator (NANPA), which oversees the phone network in the U.S., Canada and parts of the Caribbean, could have added the hotline to an existing emergency three-digit number such as 511 or 611, which don’t overlap exchanges, but decided against it for a number of reasons. (This is a federal issue; the state Public Utilities Commission has nothing to do with it.)

The other option would be to give a different exchange to the roughly 9,999 phone numbers in Portsmouth that start with 988 and removing that exchange, eliminating any conflict. This was done in North Dakota, which gave up its 988 exchange rather than require 10-digit dialing, said McKeefry.

“That would have been difficult” for Portsmouth, said McKeefry. “Think of business people that own a number – people know it. If I have that number, I really don’t want to change it.”

In Vermont, the town of Troy has 988 as an exchange, so the Green Mountain State will also have to change. Maine, on the other hand, is lucky in that 988 has never been used as an exchange there, so the Pine Tree State can stick with 7-digit dialing. Rhode Island is also in that happy situation.

Massachusetts has a mix of 7-digit and 10-digit dialing, depending on the area code, and none of them have to change. Connecticut already has 10-digit dialing statewide.

As I said, 10-digit dialing will become mandatory for some people in October but not for all. At that time phone companies around the country, including Consolidated Communications, will start removing 7-digit dialing from the network, one switch at a time.

“We know it’s going to take some time; we don’t do it in a flash,” said McKeefry. Expect lots of notifications in your phone bills between now and then.

The slow rollout between October 2021 and June 2022 also gives people time to make the adjustment, including businesses that have to get their PBX systems reprogrammed.

Anybody who was around a decade ago to hear the howls of outrage when we thought New Hampshire would get a second area code – a possibility sidestepped by changes in technology and regulations – knows that people take their phone numbers seriously. I expect to hear complaints from people still on landlines as mandatory 10-digit dialing gets nearer.

But the impact will be more muted than it was because things are different. Most importantly, an increasing number of people are dropping landlines and going to cell phones entirely.

Cell phones aren’t affected by this change for a variety of technical reasons plus a behavioral one: sending a text to a number requires using all 10 digits no matter what, so 10-digit dialing has become the default for the cell phone generation.

But they still call it “dialing”! Some things may never change.