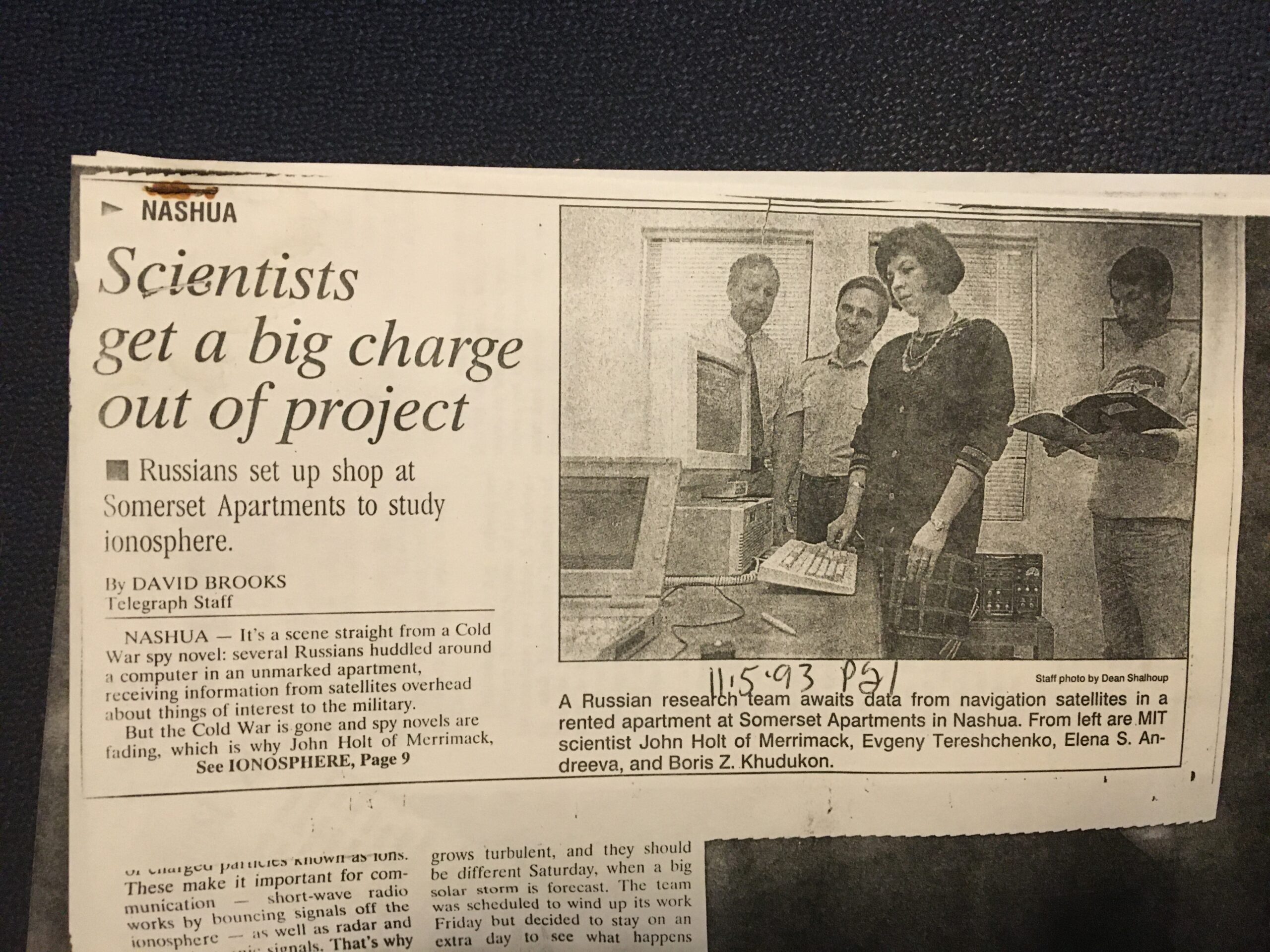 Going through old stuff in boxes, I found a copy of an article I wrote in 1993 that starts like this:

“It’s a scene straight from a Cold War spy novel: several Russians huddled around a computer in an unmarked apartment, receiving information from satellites overhead about things of interest to the military.”

The trio from Moscow State University and the Polar Geophysical Institute in Murmansk were working with John Holt, a researcher at MIT’s Haystack Observatory from Merrimack, testing a lower-cost method to analyze the ionosphere. Among the equipment, I noted in my story, was “an IBM-compatible computer.”

The work went on for a while – here‘s a 1995 article about it from MIT, and here’s a chapter from a book dating from 2002 that talks about it (a couple of the authors were in Nashua). But whether it resulted in any process that’s in use today, I can’t determine; Holt does not appear to still be active at MIT.