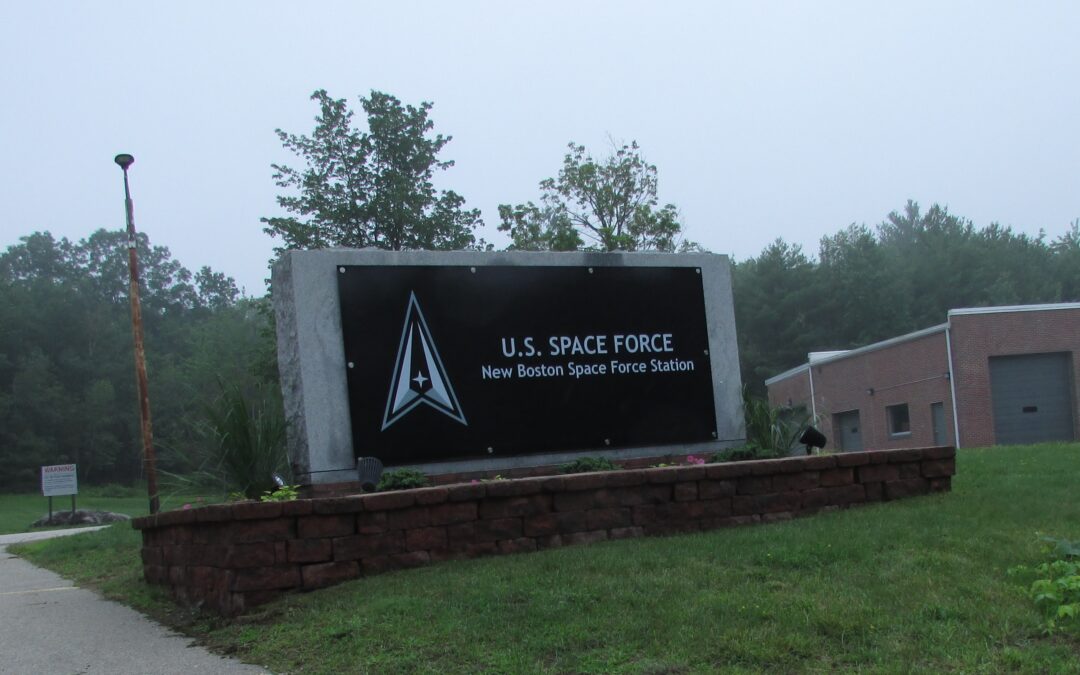 The New Boston Air Force Station, a satellite tracking station that was once a bombing practice site (I wrote about some of its history here) has made the final switch from Air Force to Space Force, with the installation of a new sign at its main entrance.

However, I noted they haven’t yet changed this little sign on Route 101 that must mystify people. I wonder if it’ll become NBSFS?

Aurore Eaton, a columnist for the Union-Leader, has written a half-dozen pieces lately on the history of the station, dating back to when farmland was seized so that planes out of Grenier Field (now Manchester airport) could practice bombing as we entered World War II. Here is the one leading up to the Space Force switcheroo.