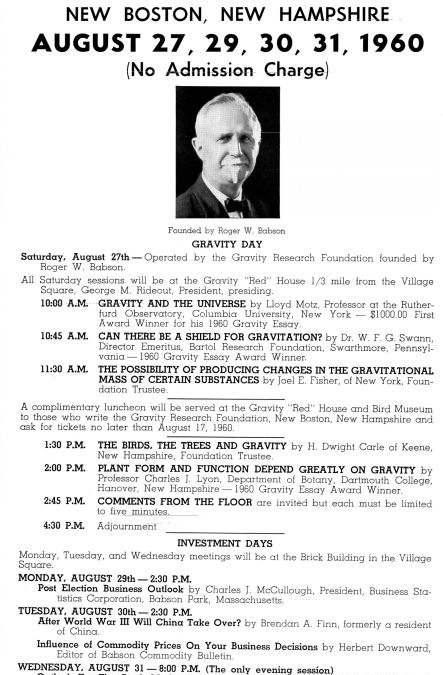 I am happy to say that the Space Force has come to New Hampshire, although not in the form that rocket fans might have hoped.

Alas, they are not going to build a spaceport at Pease. You’ll have to continue going to Odiorne State Park to watch orbit-bound vehicles go overhead, as some people did Sunday to see the private SpaceX launch head toward the space station.

So what is Space Force doing? They have taken over a satellite observatory station that straddles three towns in Hillsborough County.

The change happened this summer when the New Boston Air Force Station was transferred from the Air Force Space Command and became part of the Peterson-Schriever Garrison of the U.S. Space Force.

It’s hard to know if this will affect operations, since the base has never been very chatty about what they’re doing with all those satellite dishes covered by what look like giant golf balls. I also don’t know whether they’ll change the base’s name but if they do they’ll also have to change the road signs in surrounding towns that say only “N.B.A.F.S.,” much to the mystification of newcomers.

The base was originally farmland in New Boston and two adjoining towns. In World War II, the farms were bought so it could be used as a practice bombing range by Army Air Force pilots flying out of the Manchester airport, then called Grenier Field. Locals of a certain age can recall the planes wheeling overhead while aiming for a small pond in the middle of the base and I’ve heard stories of kids running around to collect shell casings falling from the sky as pilots practiced machine-gunning targets.

The 2,200-acre station is still surrounded by fences carrying signs warning of “unexploded ordnance,” an effective deterrent against trespassing.

The Space Force’s biggest problem is overcoming gravity, so New Boston is an appropriate spot for them, because it was once home to perhaps the most geekishly intriguing institution ever to set up shop in New Hampshire: the Gravity Research Foundation.

The Foundation was created in 1948 by Roger Babson, a Massachusetts businessman who turned one very good prediction – he publicly got out of the stock market the month before the 1929 crash – into a media and financial-advice career. He made a ton of money and founded Babson College among other interesting activities, but after his sister drowned he became obsessed with overcoming gravity, which he blamed for pulling her under the water.

Babson created the Gravity Research Foundation with hopes of finding some way to lessen or even block gravity, which general relativity had already shown to be impossible. This gave it a crankish air a first, not helped by such things as the habit during annual gatherings in New Boston of having people sit with their feet higher than their heads to oppose gravity, or its collection of birds gathered with the idea that their flight somehow showed they could lessen Earth’s attraction.

But over time the Foundation became more serious. A 2018 paper in the journal Historical Studies in the Natural Sciences argues that it and a similar foundation created by businessman Agnew Bahnson acted as a useful bridge for research into gravity at a time when such work was not being done in academia.

The Gravity Research Foundation’s most important and enduring legacy is an annual essay contest about scientific research into gravity-related topics. Lured by its $4,000 prize, many young-career researchers who went on to great things have competed, including Stephen Hawking and several physicists who later received Nobel Prizes, including Roger Penrose and George Smoot. The contest continues today, although the foundation itself left New Boston after Babson died in 1967.

Incidentally, if you attended Keene State College you may know about the Foundation because that is one of about 15 colleges that received a donation of a large stone marker. The marker, erected in 1964. says it is there “to remind students of the blessings forthcoming when science determines what gravity is, how it works, and how it may be controlled.”

I’m not quite sure why Keene State received one of these monuments, which are scattered up and down the East Coast. It’s the only one in New Hampshire. Perhaps some reader knows the connection.

There’s one last great tidbit to this story, explaining what brought a Massachusetts guy to New Boston, which in 1948 was a pretty small place.

Babson was worried about Soviets dropping an A-bomb on big cities (lots of people worried about that after World War II), so he drew a 60-mile-radius circle around Boston to show the blast zone and then hunted for towns just outside that zone. New Boston was there with land and buildings available on the cheap, so he got to work.

The New Boston Historical Society’s website has some great photos from the period including a sign put up by a local land owner that says “If World War III should come, property here should sell for 3 times present prices!” Which is one way to look at Armageddon, I suppose.

If you go through New Boston, check out the monument on the traffic circle in the middle of town that celebrates the Gravity Research Foundation. Just south on Route 13 is Molly’s Tavern; its pub, called Gravity Tavern, is in one of the buildings that Babson used. You can also visit the gate of the New Boston Air Force Station, although you won’t get any farther without contacts.