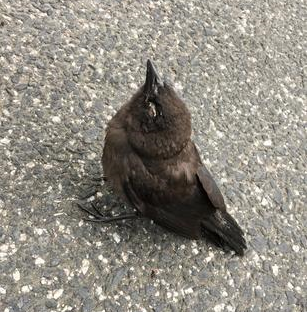 A mysterious disease killing songbirds throughout the mid-Atlantic states has not yet shown up in New England but wildlife officials are keeping a careful lookout, with some recommending that people remove their bird feeders and bird baths as a precaution.

“Birds congregating at bird feeders and birdbaths can transmit diseases to one another,” MassWildlife said in an advisory Wednesday in which they recommended that people take them down. The advisory said hummingbird feeders are fine to leave up because that species does not appear to be affected.

New Hampshire Audubon said in a statement Thursday that it is monitoring the situation. “Concerned individuals should consider taking in bird feeders as a precaution until more information on the current situation is available,” the statement said, noting that birds have access to lots of natural food right now and don’t need feeders.

The disease, which has no name and no known cause, was first spotted in May between Washington, D.C., and Kentucky as reports came of sick and dying birds whose eyes had crusty discharge and who showed neurological signs. Since then, reports of the symptoms have been received as far north as New Jersey and Pennsylvania.

While the majority of affected birds are reported to be fledgling common grackles, blue jays, European starlings and American robins, some other species of songbirds have been reported as well.

A report from the U.S. Geological Survey said dead birds have been tested for known bird diseases caused by bacteria, such as salmonella, caused by viruses, including avian flu, West Nile and Newcastle, and caused by parasites, but so far with no success. “Transmission electron microscopy and additional diagnostic tests, including microbiology, virology, parasitology and toxicology, are ongoing,” it said.

“Some of the symptoms are similar to avian conjunctivitis, although the majority of birds affected thus far are larger species … rather than the finches more typically afflicted with conjunctivitis,” New Hampshire Audubon noted in its statement.

MassWildlife is also asking people in that state to report sick or dead birds “with unknown cause of mortality.”

MassWildlife also recommends that even if feeders and bird baths are taken down they should be cleaned with a 10% bleach solution, rinsed off and allowed to air dry, so that any pathogens won’t be present when they are used again.