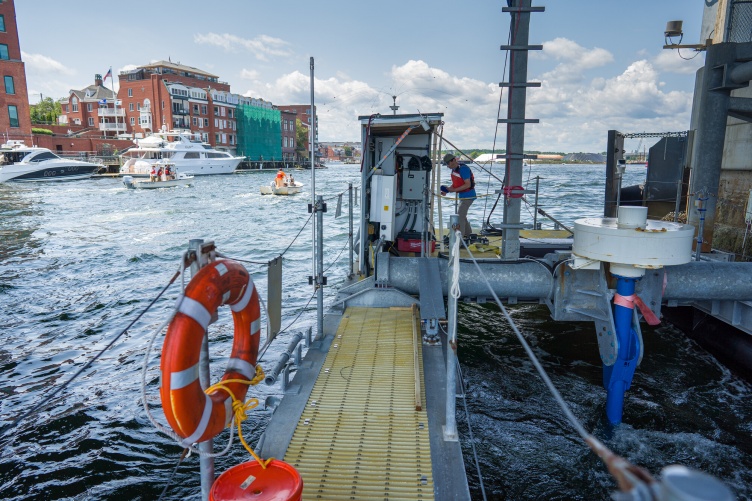 UNH has just announced the new Atlantic Marine Energy Center (AMEC), led by UNH in partnership with several East Coast universities, has been awarded $9.7 million over four years from the U.S. Department of Energy (DOE). The center will focus on research and development to address ongoing needs for sustainable renewable ocean energy. It will be one of only four National Marine Renewable Energy Centers (NMREC) in the country.

Two and a half million bucks a year isn’t a huge amount of money when you’re talking about industrial research – but it’s not nothing, and hopefully it will be the start of more.

More details are here. Some excerpts:

MEC will be a consortium of academic institutions including UNH, Stony Brook University, Lehigh University and Coastal Studies Institute, which is administered by East Carolina University … complementing work being done at the DOE’s National Labs. The applications developed by the partners will help power the “blue economy” — an emerging concept that encourages better use of the ocean as a resource while reducing environmental harm.

Expansion of existing projects will include UNH’s Living Bridge project, located on the Piscataqua River in Portsmouth, which provides tidal energy to the iconic Memorial Bridge between New Hampshire and Maine. Researchers will pursue accreditation for the project to become a scaled test site for tidal energy.