Changes are coming to the New England power grid 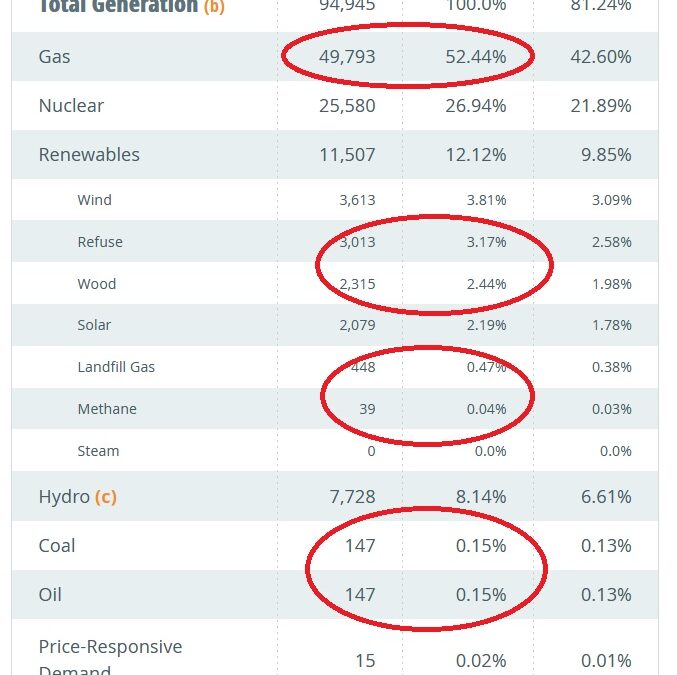 Total electricity production from greenhouse gas-emitting plants: 58.9%. (That's GWH on the left, % total generation in the middle, % net generation (including power imported from Quebec & NY) on the right

At the same time an upcoming increase in solar and wind power, which dominate the queue of proposed new sources of electricity generation, will continue to complicate operation of what once was a straightforward one-way power system, the analysis indicated.

Despite that boost in clean renewables as well as an increase in “non-wires” options such as energy efficiency and  demand response, New England power continues to be largely the product of plants that generate greenhouse gases. This is led by plants burning natural gas, which produced 52% of the region’s electricity generation last year, double that of nuclear power and 15 times as much as all wind turbines combined.

The data is part of the 2021 Regional System Plan, a forecast for the regional power system over the upcoming decade, from ISO-New England. That group releases such forecasts every two years.

The forecasts annual use of electric bought off the grid increasing by 1.1% per year under typical weather conditions, based on an expected “decrease in grid electricity use” due to rooftop solar and energy efficiency, balanced by “an increase in usage from the electrification of home heating and transportation.”

In particular, it said, “winter peak electricity use is expected to see a net increase of 0.8% per year because of heating and transportation electrification initiatives,” which means that the highest-usage hours will eventually shift from afternoon on hot, sunny summer days to dark moments of a winter cold snap. That’s not good news for the current New England electric system because supplies of natural gas can be strained in winter when it is used for home heating, producing threats of brownouts and much more use of polluting power plants.

For example, during the extreme polar vortex of Dec. 26, 2017 through Jan. 9, 2018, oil-fired plants produced a quarter of the region’s total electricity, compared to just 2% during the first part of that December and less than one-sixth of one percent during all of 2020.