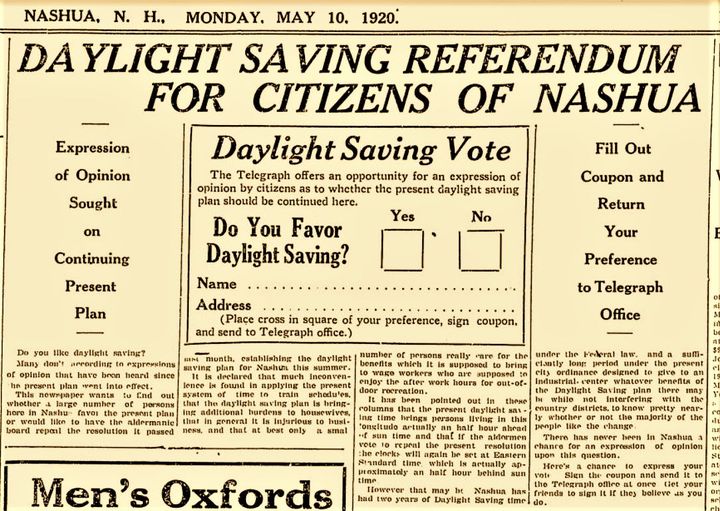 The twice-yearly clock switheroo known as Daylight Saving Time is one of those aspects of life that many (most?) people don’t like but which continues nonetheless.

It has been fiercely debated in the U.S. and around the world since it was first instituted during World War I to save fuel by better aligning the workday clock with winter sunlight in temperate climates, thus reducing lighting costs. Or so the theory goes.

The above newspaper clipping from the Nashua Telegraph in 1920, when the U.S. was deciding whether to stick with the system after WWI, shows that it has always been contentious. And continues to be: bills come up regularly in NH to kill it (like this one) but until Massachusetts does it, we won’t.

This 2014 shot of me inside the clock tower in downtown Nashua seems appropriate: