PCR-test-in-a-box for COVID being manufactured in NH 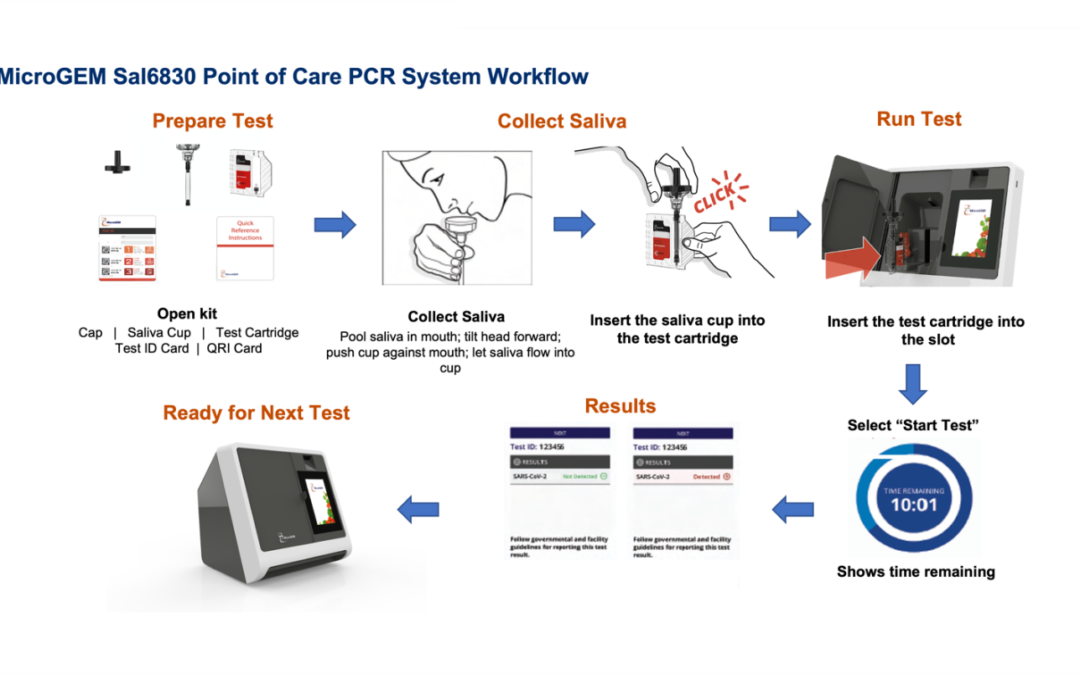 A New Hampshire factory is ramping up to make thousands of machines that can detect COVID-19 virus from people’s spit rather than mucus gathered from their nostrils, now that the FDA has given emergency approval to the Virginia company that developed the process.

MicroGEM announced Monday that the federal government has given emergency approval to its SAL6830 system, which can be used in non-laboratory settings such as a school nurse’s office or a pharmacy, to provide PCR-level results within a half hour. The system was developed using patented enzymes with a $50 million National Institute of Health grant that sought to create new types of COVID tests.

MicroGEM is a British firm with labs and offices around the world, including a U.S. branch in Charlottesville, Va. It specializes in what it calls “democratizing molecular biology,” including making simpler-to-use versions of genetic testing and processing.

“We have an enzymatic approach, a patented enzyme that allows us to work with saliva … That’s one of the things the NIH was excited about – we were going to be able to work with saliva rather than nasal swabs,” said Peter Lee, vice president of strategic and corporate development.

Aside from making it easier to collect samples, using salvia rather than nasal mucus can make it possible to detect the virus earlier, Lee said.

The contract award and now the FDS decision means MicroGEM has to grow fast. Before the pandemic MicroGEM’s U.S. arm had only three dozen people.

“We needed to build out fairly significant manufacturing, from the ground up,” he said.

A year ago MicroGEMacquiredJumpStart Manufacturing, a Nashua engineering firm that helps companies quickly build manufacturing facilities, and then leased a 51,000-square-foot building just off Route 111 in Hudson. Right now 24 people work there and the company hopes to add 80 more.

The Hudson site will build the 33-pound machines, “about the size of a small laser printer,” that perform the PCR tests and produce results. Each device will cost $8,500. Materials for collecting and dealing with saliva are being made in MicroGEM’s Ogden, Utah, plant, Lee said.

The company hopes to start production in Hudson within a couple of months and is aiming for around 10,000 units this year, Lee said.

Lee said the devices would be targeted at places which need quick results from PCR testing, more accurate than antigen testing that usually is involved in fast test results such as at-home tests. Customers are likely to include surgical centers, emergency rooms, testing clinics and other facilities but because it does not need trained laboratory workers, which is usually the case with PCR tests, it could become part of the testing protocol at a school or company that had medical staff.

“These will be well-playing manufacturing jobs, but they don’t require exensive prior experience,” Lee said.

He added that New Hampshire has been “great to work with,” and that the company was excited about its proximity to community colleges to help develop a workforce.