Saving a bunny rabbit species as the climate changes 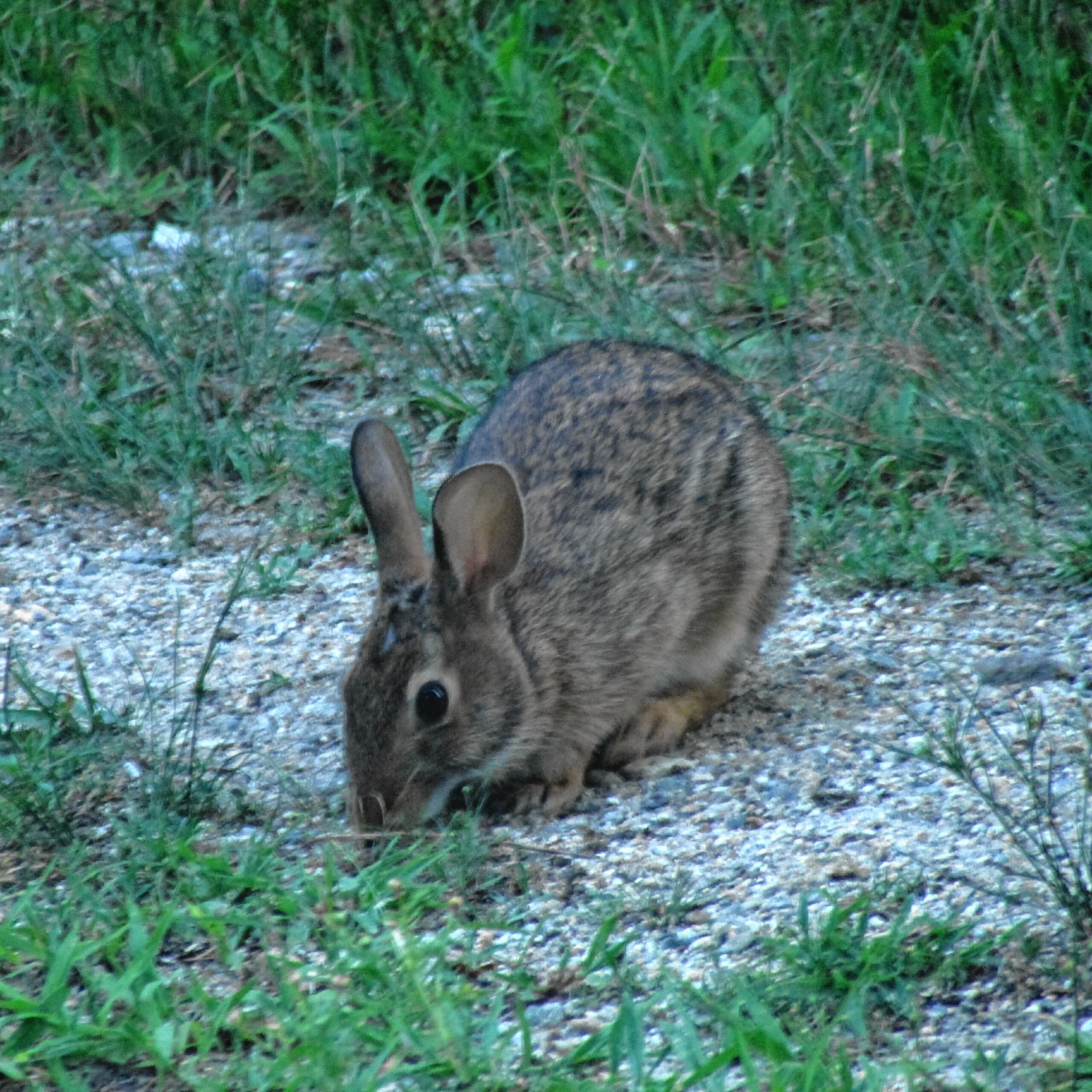 An Eastern cottontail (I think) in my driveway. Never saw a single rabbit before this year.

Heidi Holman wants you to know that it’s not her fault all the lettuce you planted in the spring has disappeared.

“I often get letters from people that are very upset about their garden because we’ve released so many rabbits,” said Holman, a wildlife biologist at New Hampshire Fish and Game. “I wish that was the case!”

My sympathy goes to the complainers, even if they’re mistaken.

I’ve lived in my southern New Hampshire home for 30 years and have never seen a single rabbit until this year. In March, to my surprise, I spotted one. Then another and another. Now I can hardly go outside without tripping over a scampering bunny.

My well-fenced garden is unscathed but I suspect it’s only a matter of time.

When I mentioned this to a neighbor he said the infestation occurred because the state released some rabbits nearby, so I quickly called Holman to ask. Nope, she said.

New Hampshire has released New England cottontails in Londonderry and around Newport, the two places where it still can be found, as part of continuing efforts to save this species which is native to New Hampshire. But those are nowhere near me.

What I’m seeing in my yard, Holman said, is what people throughout southern New Hampshire are seeing: The arrival of a nearly identical species called the Eastern cottontail from points south as the climate heats up.

This invasion is clearly shown on NH Rabbit Reports, a citizen-science project where people (including me) put their rabbit sightings on an interactive map. It’s loaded with dots from Manchester to Portsmouth and points south.

“They’re definitely moving north. Areas that previously had no record of Eastern cottontails do now,” Holman said. “Maybe they first came up through a rail corridor or a particular river corridor … but now they’re starting to infiltrate from every part of the corridor, not just these singular pipelines.”

This brings us to the most interesting part of this tale: The way one very small difference between two similar species – so similar it often takes DNA analysis to tell them apart – has produced vastly different outcomes.

New England cottontail numbers have been declining for decades, mostly due to loss of habitat. That species likes scrubby areas full of bushes and brambles and thickets where it can stay hidden from predators. But humans don’t like scrubland. We turn it either into open fields and yards or into forests, both of which have less rabbit cover.

So why, you may ask, isn’t this habitat loss a problem for the almost-identical Eastern cottontail, which thrives in much of the U.S. this side of the Rocky Mountains?

“It has the ability to colonize areas more readily because they can use more open areas, are more tolerant of suburban developments,” said Holman. And why is that?

“What we’ve understood is they have a broader eye that gives them greater peripheral vision, so they can see their predators sooner. That has led them to be more risk-taking,” she said.

My rabbits certainly seem pretty risk-tolerant. They’ll happily nibble grass while exposed in the middle of the yard. Their vision gives them more confidence that something isn’t sneaking up on them, which gives them access to a wider range of food sources than New England cottontail rabbits afraid to move from under the rhododendron bush.

In other words, a small difference in one tiny part of the body, just the shape of the eyeball, could determine the extinction or survival of an entire species in a changing environment. Darwin wouldn’t be surprised at this but I sure am.

This finding, first reported in 1999 by UNH researcher John Litvaitis, may not be the whole story. Holman said there is still research into such things as whether the species are affected differently by ticks, and whether the Eastern cottontail is deliberately harassing its New England cousin. But eyeball shape and resulting effect on fear of predation is a huge factor.

Efforts to save the New England cottontail aren’t limited to raising and releasing animals. Just as important is preserving habitat. That’s not going so well in Londonderry, where development spurred by Manchester airport is taking over scrubland, but it’s doing well on the Seacoast, where thousands of acres have been preserved.

“The scale of landscape that needs to be put together with willing partners in such a small area is very difficult to achieve and requires just the right mix of owners, and long-term commitment,” Holman said. “The New England cottontail habitat is so specific, that’s why it’s so challenging.”

But that’s also why it’s so important: “There are a lot of other species that likely depend on that same uniqueness. If we can preserve it for (rabbits) it will benefit them as well.”

For details on state efforts to save the New England cottontail, see https://www.wildlife.state.nh.us/nongame/project-ne-cottontail.html