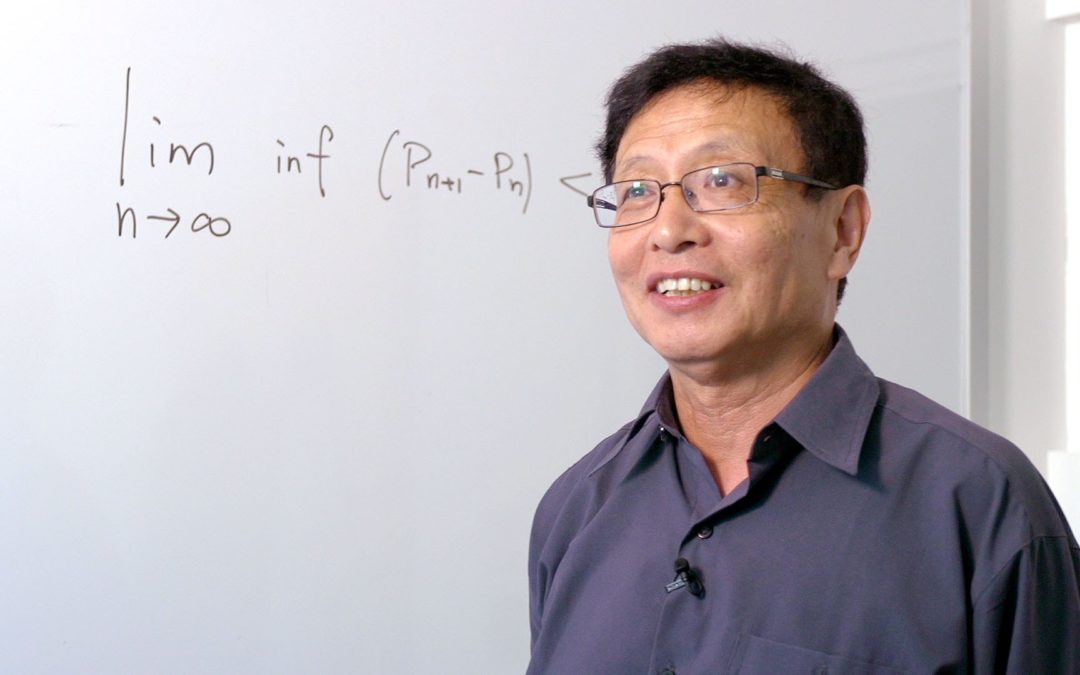 Back in 2013, Yitang “Tom” Zhang, a calculus lecturer at UNH, submitted a paper to the Annals of Mathematics about a problem known as the twin-prime conjecture. Within a week, his breakthrough had drawn worldwide attention from research mathematicians, Harvard had taken his picture at a conference in Cambridge, Mass. (the shy Zhang didn’t bother to put a photo on his faculty page) and news reporters including me were badgering the university’s mathematics department.

His breakthrough eventually drew a MacArthur “Genius” grant and the creation of a documentary film (perhaps you saw me talk about it during a showing in Concord in 2017?). In 2015, Zhang left UNH for a full professor position at the University of California, Santa Barbara, but it’s still safe to say that he created the most surprising mathematical event in New Hampshire history.

Now he’s done it again, maybe. Scientific American reports that Zhang has claimed a breakthrough in the Landau–Siegel zeros conjecture, about which I know nothing but which is said to be to similar to the Riemann hypothesis about the distribution of primes. Since the Riemann hypothesis is the most famous unsolved problem in mathematics, accomplishing anything close to it would be enormous news.

SciAm cautions that lots of people, including Zhang, have previously proposed solutions that haven’t to this conjecture which have not panned out and that his paper has not been peer-reviewed. So maybe this will be nothing. But maybe not!

One more point: Zhang is over 65 years old and research mathematics is generally regarded as a young person’s game. If he has really found a big, important result at his age, it will be doubly impressive.