Granite Geek classic: “Windshield wipers up or down?” 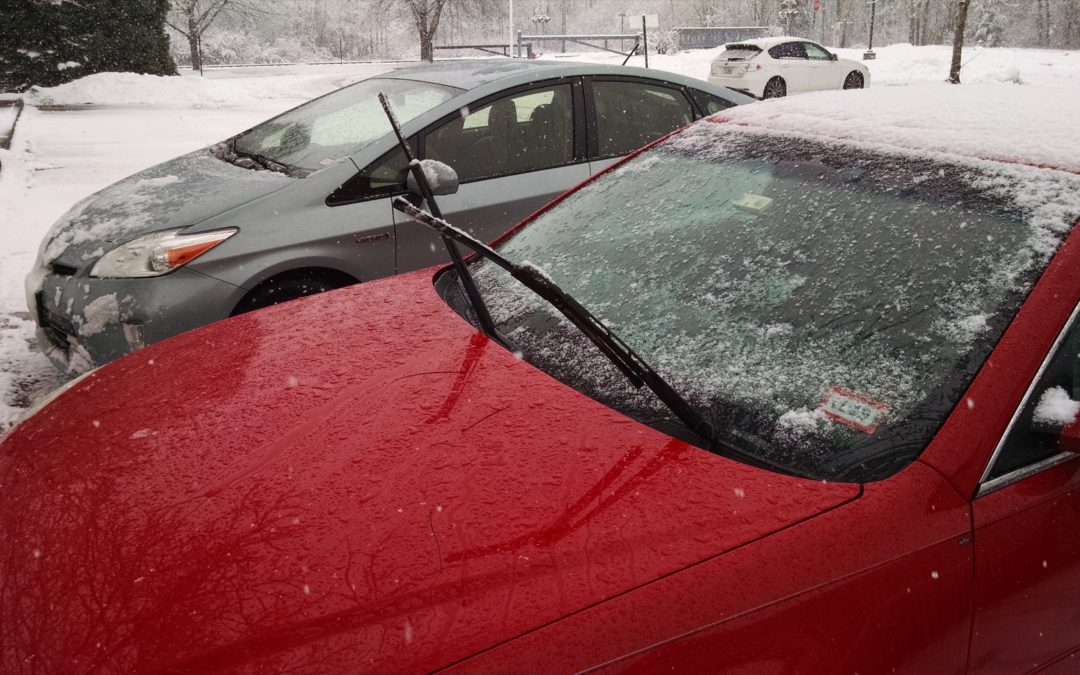 Another red-vs-blue divide: Wipers up or wipers down?

As long as I’m using this excellent snowstorm as an excuse to avoid thinking of new articles – I mean, to rerun popular classics –  let’s dust this one off from 2015.

Winter brings many vital issues to the fore, perhaps none more contentious than this: Wipers up or down?

That is, should you or should you not raise your windshield wipers when you park your car outdoors if a snowstorm or icestorm is coming?

Luke Moore, a service manager at Garry’s Service Center in Concord, laid out the arguments from both sides for me.

“If you leave them down and they get frozen (to the windshield), the wiper transmission, motor gear, can get stripped,” he said in a quick interview Monday morning. (It was a quick interview because mechanics had a lot more to do during Monday’s snowstorm than answer goofy questions.)

That damage can happen if you leave the wipers on as you park and they freeze to the glass. When you start the car again, the wipers will try to run and could strain themselves.

Even if that doesn’t occur, the rubber blades can get damaged as you unstick them via a frenzied bout of pre-commute ice scraping, he noted.

So leave the wipers up, then? Not necessarily.

“I have seen some issues with people leaving them up – years down the road, that little spring that holds them taut to the windshield wears out,” he said.

That is more of a problem than it sounds like, because as the spring slowly loosens, your wipers will work less and less when it comes to actually clearing the glass – not a good thing in winter.

Other concerns from the don’t-leave-them-up crowd include fear that hooligans will break them off, which seems excessive; fear that it looks dorky, which is hard to argue with but not very important; and fear that they’ll still get damaged because ice builds up on the rubber blades and gets packed around the housing, which is a legitimate problem.

A little online search found much debate over whether raising wipers as a preventive measure is sensible or foolish. There is no definite answer either way.

“I don’t usually leave mine up,” he said, but he understands why some people do. Either way, he added, caution and patience are needed.

“If you’re going to not leave them up, if it’s freezing, make sure to a) let the car warm up a little, and b) pull them off manually, carefully, to make sure they don’t stick,” he said.

What about me? I put my wipers up, but I do mostly because it looks more interesting. Give me a chance to turn my car into an antenna-waving insect and I’m a happy man.