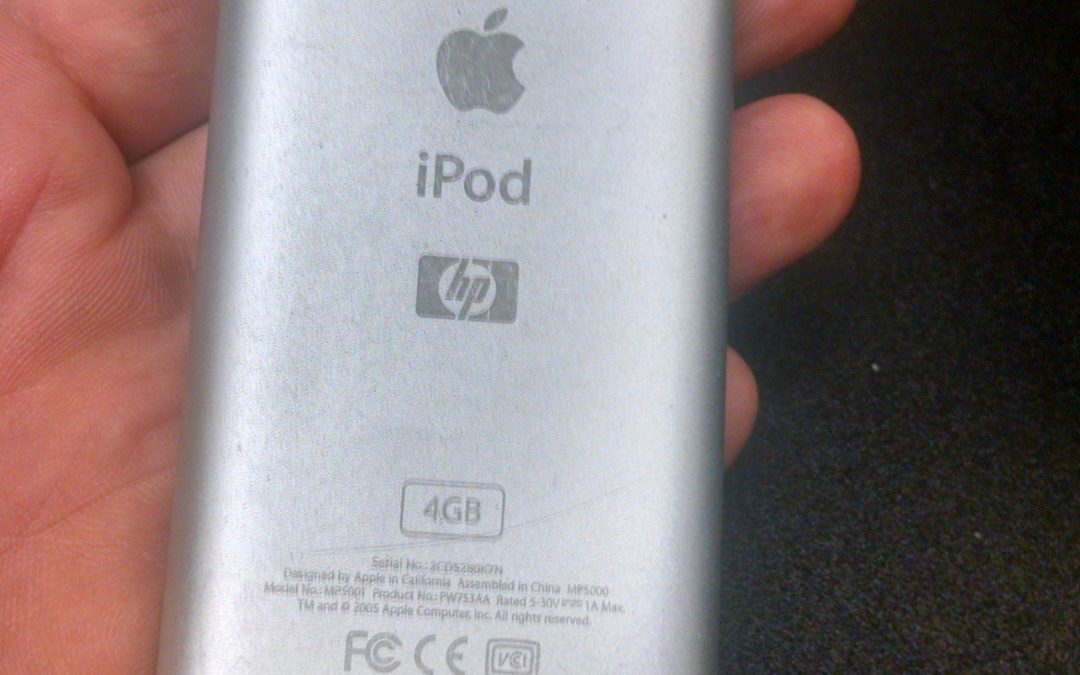 What's that weird little logo doing back there?

My iPod mini has died after 11 years of carrying 4GB of music and podcasts and audio books; very sad. The mechanical clickwheel doesn’t work any more, and there’s no good way to get inside for a repair.

My wife won this iPod in a raffle at a work conference and gave it to me for my birthday just after the mini came out, when iPods were still cutting-edge and cool, at least for the Baby Boomer set. It prodded me to digitize all my albums, which means that in the last decade I have listened far more often to my music from the 60s and 70s (Meet the Beatles! Flaming Groovies! Grin! Martha Reeves and the Vandellas! The Jam!) than I had in the previous 20 years.

I sometimes thought of upgrading but never thought it was worth it. One advantage: This is such a clunky old design that nobody would steal it, so I could leave it lying around without fear.

A mildly intriguing aspect is that it was sold by H-P, as you can see from the branding on the back. This was a short-lived effort by Hewlett-Packard to jump on the Apple bandwagon. Wikipedia even has an article about the project, which says something about the priorities of people who edit Wikipedia.