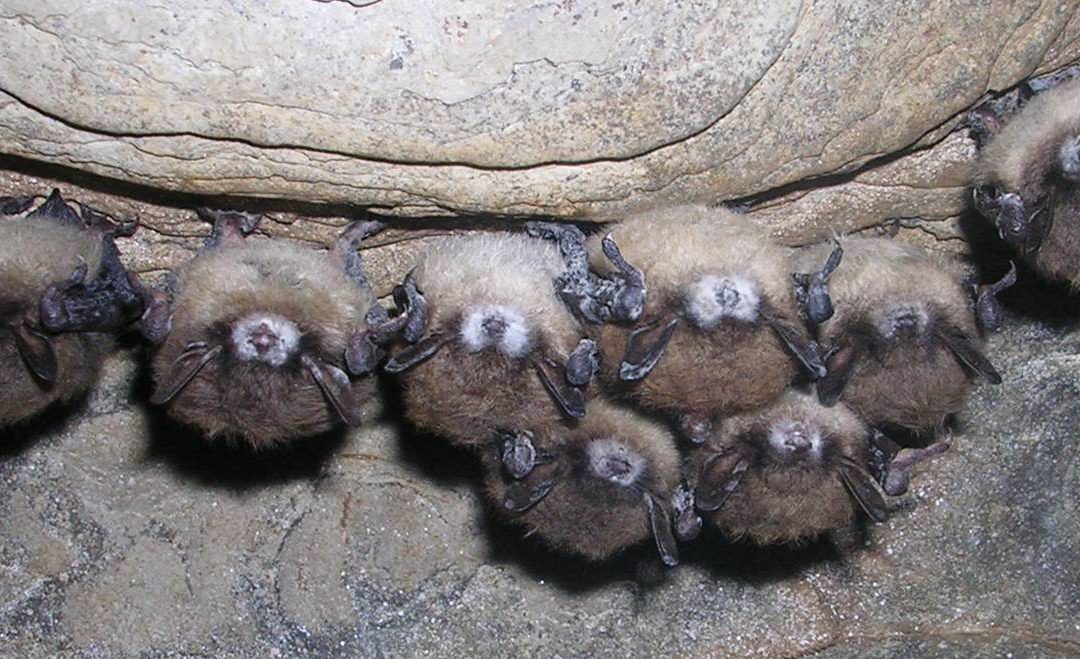 Some bat populations in North America appear to have developed resistance to the deadly fungal disease known as white-nose syndrome. Researchers from the University of New Hampshire analyzed infection data and population trends of the little brown bat in the eastern United States and found that persisting populations long exposed to the disease had much lower fungal infection levels at the end of winter than bat populations that were still declining and only recently exposed.

The little brown bat was previously one of the most abundant bat species in the eastern United States, but was reduced to less than 10 percent of its former population with the arrival of white-nose syndrome. The fungus was introduced to New York State in 2006, and continues to spread across the United States and Canada.

Bats play an important role in controlling insect pests called insectivorous. They feast on insects each night, adding up to more than $3.7 billion worth of pest control each year in the United States, according to the National Park Service. When bats are around to eat insects, there are fewer insect pests causing damage to crops, and farmers don’t have to invest as much in pesticides.

UNH researchers Jeffrey Foster and Katy Parise collaborated with scientists at the University of California Santa Cruz to sample hibernating bats at nine sites in New York, Illinois, and Virginia, using a standardized sampling technique to detect and quantify the amount of white-nose fungus on each bat. They then used mathematical modeling techniques to examine disease dynamics between persisting and declining bat populations. Their findings were published recently in the journal Philosophical Transactions of the Royal Society: Biological Sciences.

“Populations of little brown bats have declined dramatically across their range. There have been several reports that populations in New York, where the disease was first introduced, are no longer declining, but no one understood why,” said first author Kate Langwig, who worked on the study as a graduate student at UC Santa Cruz and is now a postdoctoral researcher at Harvard University. It now appears that at least some populations have developed resistance to the disease.

The researchers considered several possible hypotheses for the ability of some bats to persist with the fungus: host resistance, host tolerance, and lower transmission. Their results pointed toward host resistance causing lower growth rates of the fungus during late winter. The results did not support the other hypotheses, Langwig said.

How disease resistance has developed in little brown bats remains unknown. “It could be changes in arousal behavior, differences in skin microbes, or an activation of the immune response by bats after infection has reached a moderate level,” Foster said. One key next step, Foster said, is to determine which specific mechanisms enable resistance to white-nose syndrome.

The authors emphasized that they have only examined populations of a single bat species. “For other species, like the northern long-eared bat, we don’t have evidence to suggest populations are persisting inside hibernacula,” Langwig said. “While this study is good news for some colonies of little brown bats, other species show little sign of being able to persist with the disease.”