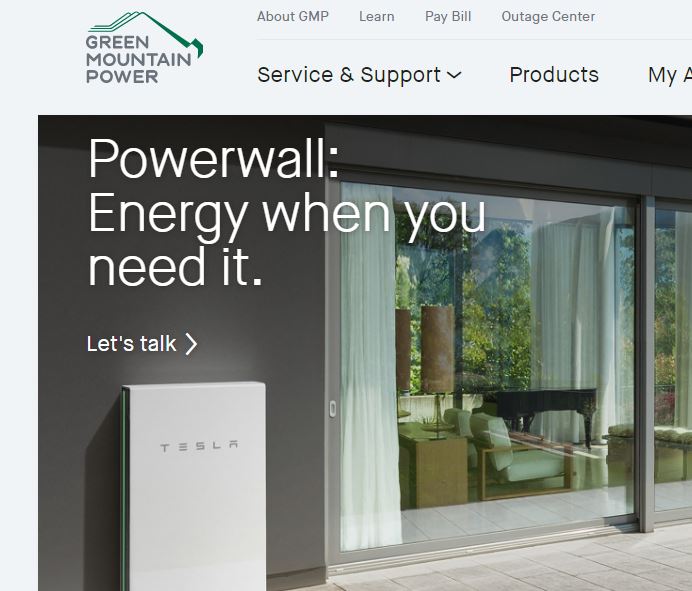 In the latest installment of their interesting collaboration, Vermont’s Green Mountain Power and Tesla have announced a low price for home backup batteries ($15 per month) with the utility hoping to recoup the cost partly by linking all the batteries into a virtual power source via Tesla’s software.

The utility has calculated that using Tesla’s batteries and grid software — plus tapping the smart thermostats, smart water heaters, solar panels and other distributed resources it’s integrating in pilot projects today — will be cheaper than more typical capital improvements on the distribution system.

This is part of the promise of distributed energy (solar panels, mostly): That they allow the creation of a different sort of power grid, with production and energy storage distributed hither and yon over a two-way transmission system. A non-trivial change from the one-way, big-power-production grid we’ve grown to know and love.

Greentech Media has the story.

Here is Green Mountain Power’s site about the project.