Disqus says Vermont online comments are the most “toxic” in the U.S., and New Hampshire the least toxic 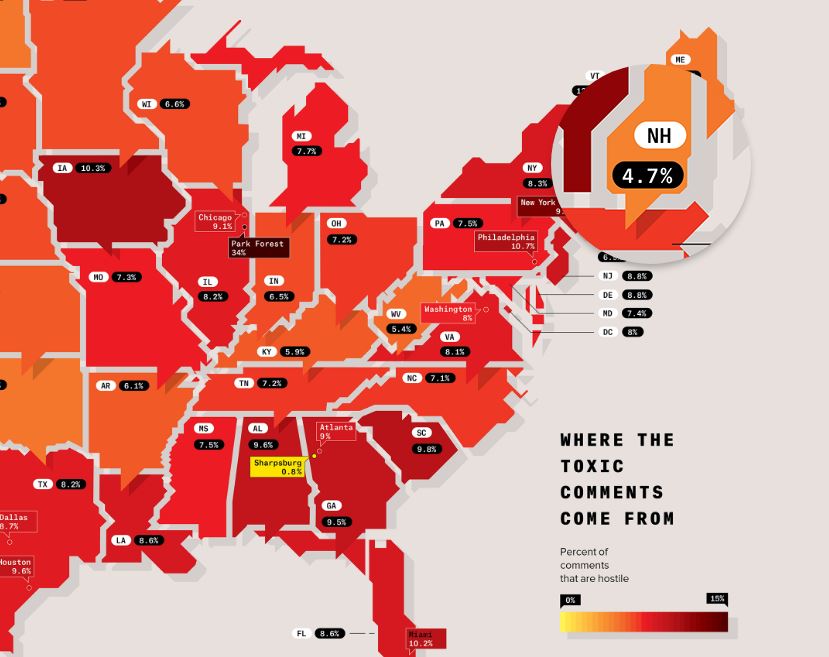 In a conclusion that goes against every state-personality stereotype you can imagine, an analysis of comments posted via the Disqus software, which is used by many but far from all websites, claims that one out of every eight comments posted from Vermont is “toxic” – the highest percentage of any state – whereas only 4.7 percent of New Hampshire posts were toxic.

Yeah, I found that a little hard to believe, too. Check out Wired magazine’s article about the study, which describes the methodology thus:

To broadly determine what is and isn’t toxic, Disqus uses the Perspective API—software from Alphabet’s Jigsaw division that plugs into its system. The Perspective team had real people train the API to rate comments. The model defines a toxic comment as “a rude, disrespectful, or unreasonable comment that is likely to make you leave a discussion.”