My mother’s dad grew table grapes in California in the 1940s; maybe I can grow them in NH in the 2010s 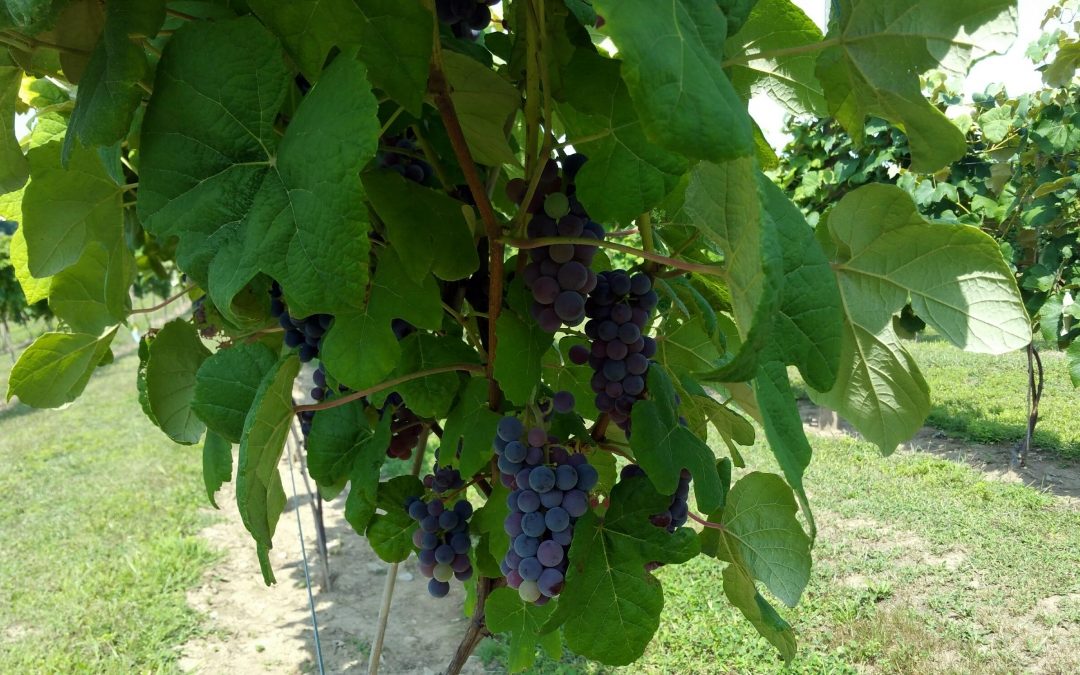 The research project, funded by the New Hampshire Agricultural Experiment Station, aims to determine which varieties of seedless table grapes are best suited to New Hampshire production, and to determine which growing systems are best suited to those varieties. The results are particularly relevant to growers in New Hampshire and northern New England. The new research was conducted by experiment station researcher Becky Sideman, extension professor of sustainable horticulture production, and George Hamilton, extension field specialist.

“Seedless table grapes are typically grown in much warmer climates, although several newer varieties released since the 1970s promise increased winter hardiness,” said Sideman. Hamilton collaborated with vineyard owner John Lastowka in Merrimack to conduct a preliminary trial, and the best varieties were selected for the UNH research vineyard. 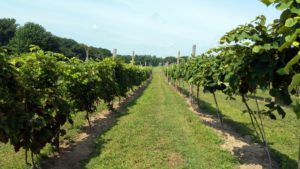 Eight varieties of seedless table grapes that were planted in a vineyard at Woodman Farm in May 2015 are being evaluated: Canadice, Concord Seedless, Lakemont, Marquis, Mars, Reliance, Thomcord, and Vanessa. Now in their third year, all varieties are producing fruit.

Researchers have been taking note of how the different varieties respond to common grape disease, such as anthracnose, downy mildew, and powdery mildew. In 2016, all of these diseases were present in the vineyard. Some of the varieties, such as Canadice and Concord Seedless, remained relatively symptom-free in the face of all three diseases, whereas other varieties appeared to be especially susceptible to certain diseases. Lakemont and Thomcord were particularly susceptible to downy mildew, and Marquis was highly susceptible to both downy and powdery mildew as well as to anthracnose.

This material is based upon work supported by the NH Agricultural Experiment Station, through joint funding of the National Institute of Food and Agriculture, U.S. Department of Agriculture, under award number 1006928, and the state of New Hampshire. This work also was supported by the NH Department of Agriculture, Markets & Food through NH Specialty Crop Block Grant 14-SCBGP-NH-0033. For additional information about this research, visit https://extension.unh.edu/resources/files/Resource006259_Rep8964.pdf.