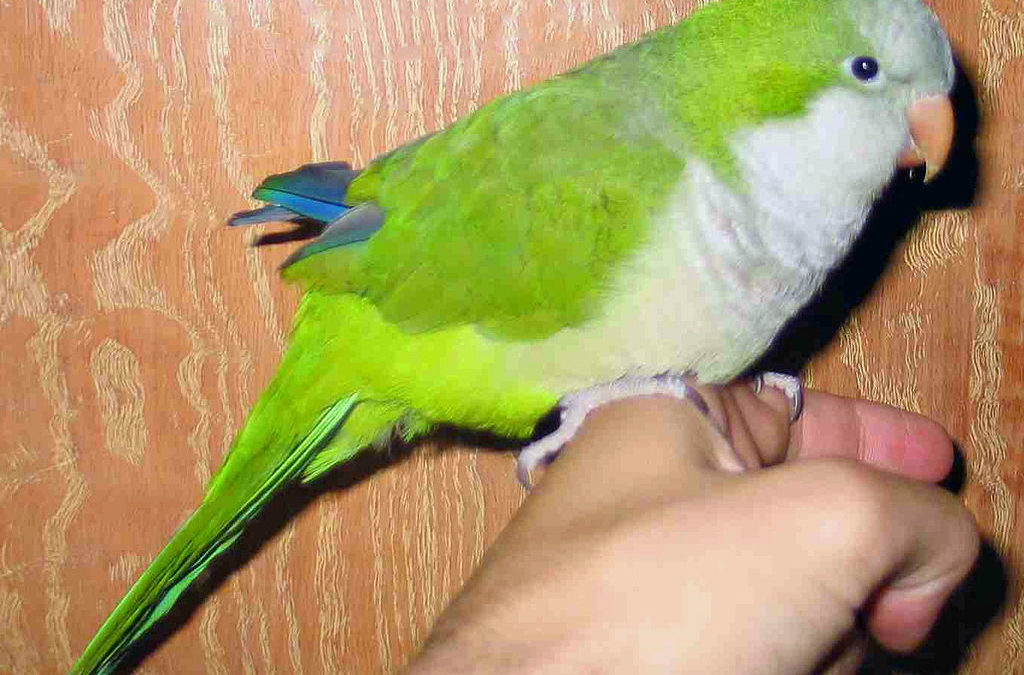 Yes, monk parakeets are cute. Until they escape, establish colonies and disrupt crops or the electrical system. (Wikipedia picture)

Back in 2011, there was a battle in New Hampshire between biologists and pet owners about whether to allow people to own monk parakeets, a.k.a. Quaker parrots. which have become an invasive pest up through the southern bits of Connecticut. They can damage certain crops, and they create huge communal nests which can be a problem when built, as they often are, on utility poles, shorting out transformers and distribution lines.

As is common in such battles, science lost and money/sentiment won: They were removed from the list of creatures that can’t be sold in N.H. pet stores. Remember that in five or 10 years when they establish breeding colonies here.

I wrote about the issue last year because of its parallel to a (still unresolved) battle over whether Maine lobsters are invasive creatures in Scandinavia.

I mention it again because of a fascinating story in Nature about the way that a ban on bird imports in Europe, designed to fight avian flu, has inadvertently caused a huge increase in the number of monk parakeets in Mexico. The story is here and well worth reading:

“It’s been a really, really fast invasion,” says Elizabeth Hobson, a behavioral ecologist at the Santa Fe Institute in New Mexico and lead author on the study, both in terms of the geographic scope and the shifts in the trade policies that contributed to it. Usually, it’s hard to work out when a non-native species first appeared in an area, says Hobson. But the arrival of monk parakeets in Mexico has a sharply defined start and end point, thanks to shipping documentation and bird sightings recorded by citizen scientists using apps such as iNaturalist and eBird, Hobson says.