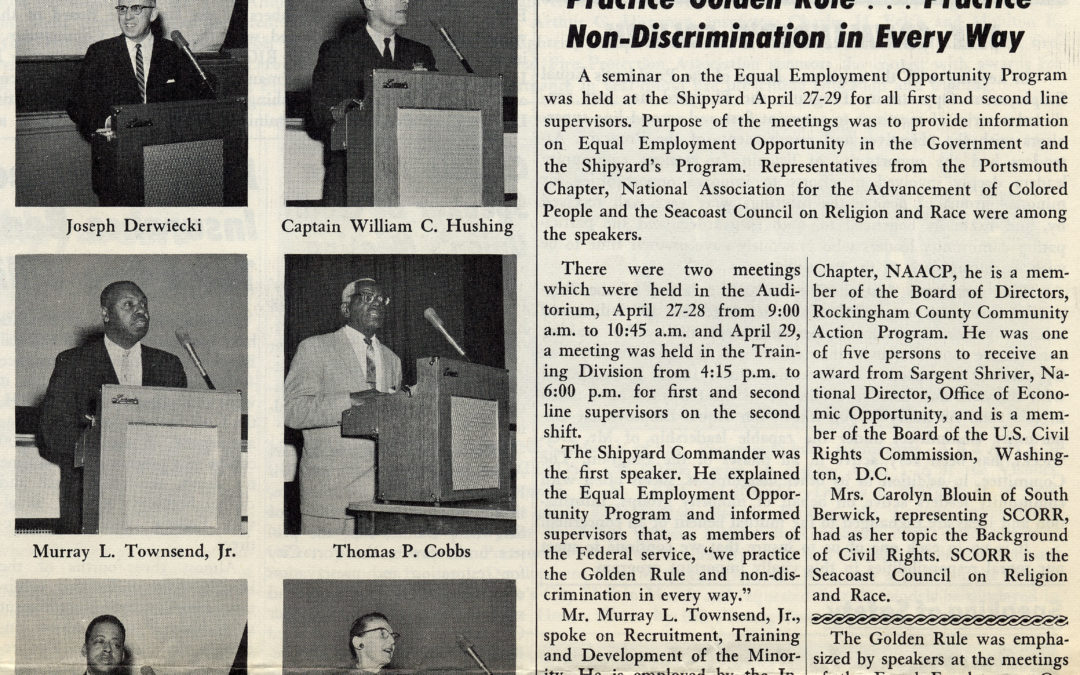 As an interracial couple in the 1960s, the Hills were active in various civil rights movements, as shown in the 1966 newspaper.

Regular Granite Geek readers (hi, dad!) are qjuite familiar with Betty and Barney Hill, the Portsmouth couple who say they were taken aboard an alien spaceship in 1961, launching the whole alien-abduction craze. They’ve been the subjects of books, a movie (James Earl Jones played Barney), and a state historical marker – plus their collected papers are at UNH (Betty’s alma mater). Not bad.

But not enough, apparently, because now their story is the subject of a virtual-reality thriller, as I learned from Engadget.

In its current form, Dinner Party is a two-part VR experience. In the opening scene, the audience is transported to the Hills’ home. The couple entertains guests and prepares the dining room table for dinner until Betty interrupts the festivities with a surprise. She’s decided to play the couple’s hypnosis tapes for the first time. From there, the viewer is transported to the car on the night of the abduction and experiences the alien encounter as the Hills recalled it.

The Hills’ story is the first experience in a series called The Incident, which Wexler and Stoudt hope will become the Twilight Zone of the VR era. It’s an ambitious project with the support of some influential virtual-reality players behind it.

Regardless of what you think of the Hills’ story – it is, of course, nonsense – this sounds like a feasible approach to a VR “movie.”