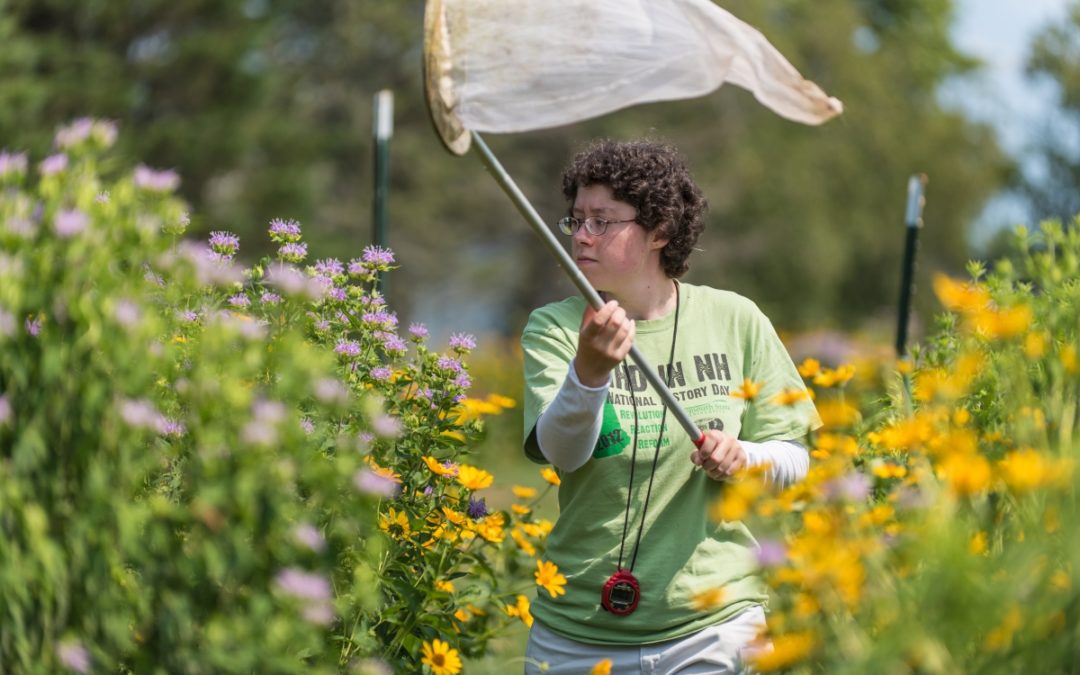 Molly Jacobson, a recent graduate of UNH’s undergraduate wildlife and conservation biology program, was one of four researchers who studied the status of the state’s bumble bee population. Credit: Jeremy Gasowski/UNH

From UNH News Service: In the first long-term study of New Hampshire’s bumblebee population, researchers at the University of New Hampshire have found three of the state’s most important bumble bee species have experienced drastic declines and range constriction over the last 150 years, with a fourth bee also in significant decline.

The research was conducted by Sandra Rehan, assistant professor of biological sciences; Erika Tucker, USDA research fellow and a postdoctoral researcher with the NH Agricultural Experiment Station; Minna Mathiasson, a graduate student in biology; and Molly Jacobson, a recent graduate of UNH’s undergraduate wildlife and conservation biology program. The research results are part of the experiment station-funded project Sustainable Solutions to Problems Affecting Bee Health and are presented in the journal Biological Conservation.

“Wild bees, particularly bumblebees, are highly important pollinators for both agriculture and unmanaged ecosystems,” the researchers said. “They have experienced alarming declines in recent decades, and in order to effectively work towards their protection, information about their life histories, ecological roles, and distributional changes on a more local scale is needed.” 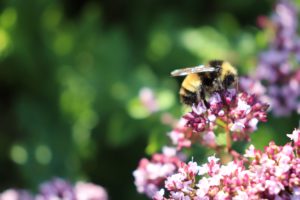 The value of pollination to agriculture is estimated at more than $200 billion a year worldwide. Widespread declines in pollinator diversity have led to concern about a global pollinator crisis and the National Research Council has called for regional, national, and international monitoring programs to allow tracking the status and trends of pollinators.

To conduct their research, scientists analyzed 3,333 bumblebee specimens comprising 16 species dating to 1867. Bombus specimens for this study were made available from the UNH Insect Collection, as well as from field collections during the summers of 2014–2016. This allowed researchers to track over time changes in abundance and distribution, with a focus on species designated of greatest conservation need by the N.H. Department of Fish and Game. Floral records also provided insight into the diet breadth of these species, which may affect their vulnerability.

Scientists found drastic decline in Bombus affinis, Bombus fervidus, and Bombus terricola, as well as significant decline in Bombus vagans, with data suggesting it has been ecologically replaced by Bombus impatiens over time. The rusty patch bumblebee, Bombus affinis, was the first bee listed as an endangered species in the continental United States earlier this year. This species is thought to be locally extinct in New Hampshire as it was last collected in 1993. Among other species of greatest conservation need, Bombus fervidus has declined by 96 percent over the past 150 years, and Bombus terricola has declined by 71 percent. Bombus vagans has also experienced a significant decline of 42 percent in New Hampshire. The researchers suggest Bombus vagans receive future conservation consideration.

Their analyses also found a severe constriction of the geographic range of Bombus terricola to high elevation regions in the latter half of the 20th century, and its role as pollinator of several alpine plants necessitates immediate conservation action.

“Climate and land use change may be playing significant roles in the losses of northeastern bumblebees, with many effects still unknown,” the researchers said. “Studies on bumblebee declines are time-sensitive and crucial to understanding how wild bees are being affected by anthropogenic changes to the planet. These data are needed so that we may prevent vulnerable pollinators from going extinct.”

More information on the native bees of New Hampshire can be found on the bee lab’s educational website. This material is based upon work supported by the NH Agricultural Experiment Station, through joint funding of the National Institute of Food and Agriculture, U.S. Department of Agriculture, under award number 1004515, and the state of New Hampshire. The research also is supported by the UNH Hamel Center for Undergraduate Research.