The first baby born in NH was demographically significant, for more than one reason 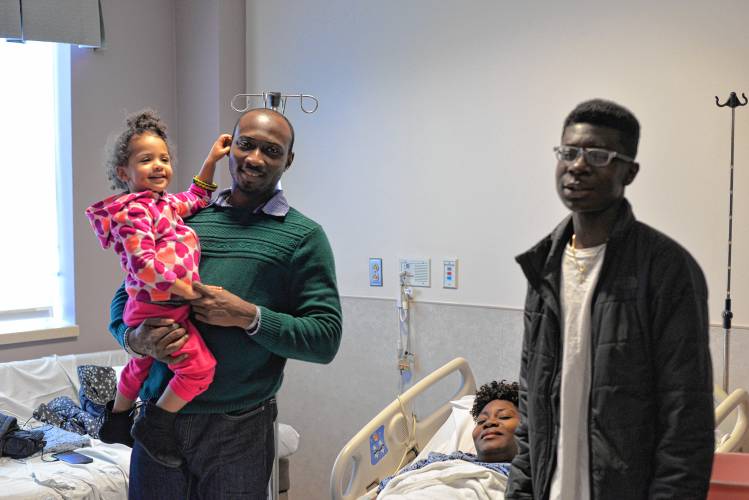 If you were a little surprised that 2018’s first baby born in one of the whitest states in the nation – Gifty Nnamerenwa, who arrived in Nashua about 90 minutes after midnight on Monday – wasn’t white, and neither was the first 2018 baby born in Concord, perhaps it’s time to make a little tweak to your mental picture of our state.

To assist that tweak, do a little calculation.

There are 22 communities in New Hampshire that have hospitals with maternity wards of some kind, and each of those had a first baby born in 2018.

Which means that by sheer chance, you can expect two or three of New Hampshire’s “first babies of the year” will be from minority families ever year.

The fact that one of them was the first baby born in the entire state is, of course, not significant in itself. But it is a reminder that diversity exists even in New Hampshire, a state that is more than 90 percent non-Hispanic white.

“New Hampshire does have a modest minority population, but it is greatest among children . . . and particularly in the bigger cities,” said Ken Johnson of UNH’s Carsey School of Public Policy, who is a national expert in demographics, the study of the makeup of populations.

There are a number of reasons for this but foremost is that, as part of our “silver tsunami,” New Hampshire’s white population is much older than its minority population.

Other factors creating this difference in New Hampshire birth patterns, Johnson said, include the fact that a larger percentage of minority women are of prime child-bearing age (32 percent, compared to 24 percent of white women) and the relatively low fertility rate for white women in general, meaning that on average white women have fewer children over their lifetime.

None of this is to say that New Hampshire is likely to become a wildly diverse ethnic melting pot any time soon. Depending on the data you use, New Hampshire is somewhere in the top five states in the country measured by highest proportion of white residents (Vermont and Maine are two others).

But particularly in Nashua and Manchester, and to an extent smaller cities like Concord, Portsmouth and Keene, and particularly on our playgrounds and classrooms, things are changing.

Incidentally, Gifty Nnamerenwa’s birth also reflects another demographic trend, one that is probably more important for New Hampshire in the short term.

Her family is a classic example of what Johnson calls domestic in-migration: Her parents moved here from Washington state because her father got a job with Raytheon Corp.

People moving here from other parts of the U.S. has been the biggest driver in New Hampshire’s population growth for a many years. Part of the reason the state’s population growth has stagnated recently is that the Great Recession kept people from moving around, cutting off this supply of new residents, but 2017 showed signs that migration has picked up again: New Hampshire had 7,800 more residents last year than the year before, almost entirely because people moved here.