New Hampshire draws a blank on map of Nazi wannabes 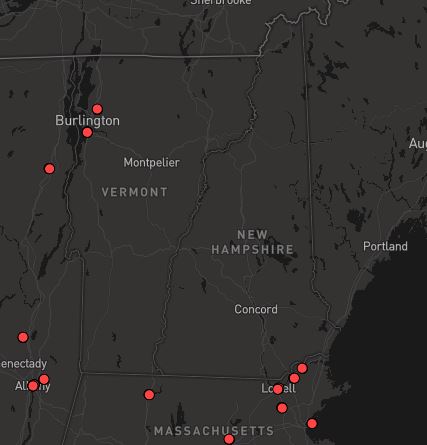 As Vice News recent reported (here), activists are grabbing information from a website called The Daily Stormer, favored by modern Nazi wannabes, and have developed a map showing where they live (roughly) in the country.

It was created by a systems analyst using the alias “Simon,” who came up with the idea when he was trawling far-right message boards looking for neo-Nazis in his area that he could “doxx,” a tactic used by anti-fascists (aka antifa) to expose far-right actors’ true identities.

When I checked the map, there were no pins in New Hampshire or Maine – there were a couple in Vermont and a bunch in Massachusetts. It’s a moving target, however, so your mileage may vary.