Lots of dams were removed in New England in 2017 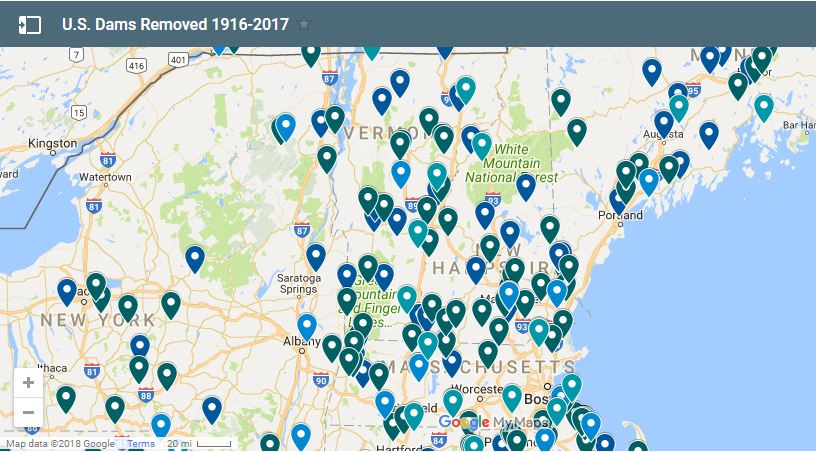 This is part of a map of dams that have been removed since 1916 (not just last year!), according to American Rivers.

American Rivers, which says it’s the only organization that keeps track of all dam removals in the U.S., says 86 dams were removed in the country last year, with at least 18 taken out in Northern New England, including Judd Brook in New Hampshire (a bit west of Cannon Mountain). Many were built for mills or factories or water supplies that are long gone, and do nothing but block fish movement and pose a potential hazard.

American Rivers says its database has information on 1,492 dams that have been removed across the country since 1912. Most of those dams (1,275) were removed in the past 30 years.