Dead ski areas are reopening, for lots of reasons 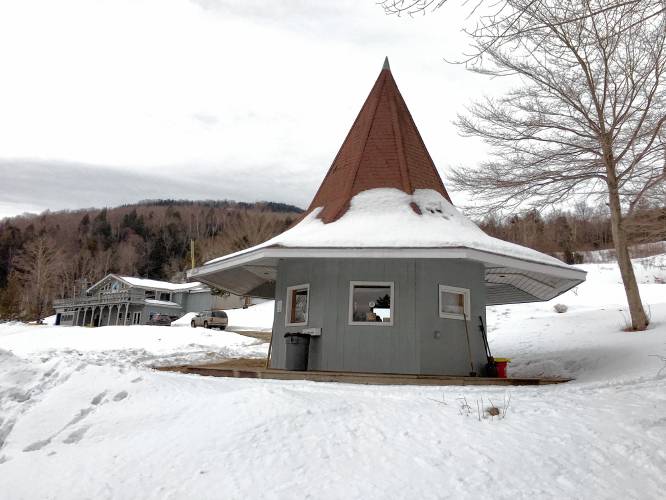 The stealth reopening of Tenney Mountain ski area in Plymouth on Saturday after almost a decade of neglect is the latest example of a surprising resurrection of dead Northeast snow-sports mountains, and in some ways the most unusual of them.

“There have been a great number of reopenings … but I’d say it’s unique in having the ski area come back, being redeveloped along with hope to develop the real estate potential,” said Jeremey Davis, who founded NELSAP, an organization that keeps track of closed and reopened ski areas.

Plymouth has been anticipating the reopening of Tenney, located a few miles south of downtown on Route 3A, since it was purchased in 2014 by an investment group headed by New Hampshire businessman Michael Bouchard. The mountain shut down in 2010 after years of financial problems from a revolving door of owners.

What is known as the Tenney Mountain Development Group has done extensive work on the ski area, much of it featured in videos on their Facebook page. Work has included getting the chairlifts licensed, rebuilding the snowmaking systems, gutting and refurbishing the lodge, and even reshaping the mountain to improve drainage. Bouchard estimated that $4.5 million has been spent.

On Saturday, the work started to pay off as the mountain opened its snow-tubing run to the public, who turned out despite the lack of advance notice or publicity.

Meghan Sullivan showed up with her two children Monday to check it out. The tubing was fun for the kids, but what excited her most was the chance to teach her children how to ski on the same mountain where she learned.

“It was always so fun and such a precious memory as a kid to be able to come here with my grandparents and my parents and ski and enjoy a beautiful winter day,” she said. “It’s nice to see that I’ll be able to do that again.”

Bouchard didn’t know what to expect for crowds on opening day.

“It went great,” he said Monday, speaking slopeside. “We started out slow, but we sold out – we’re just about sold out again.”

Tickets are $20 for two hours, and the tubing area is open seven days a week starting at 10 a.m. Small children cannot ride the tubes for safety reasons; the run is open only to people over 42 inches tall.

Tenney Mountain is operating a platter lift, which pulls tubes on the snow to the top of a run. Skiers and boarders can use it if they wish. The lodge is open for bathrooms and getting warm, but food service will not be available until next week.

Bouchard said the plan is to open Hornet, a double chairlift that goes to the top of the mountain, on Thursday – although the coming warm spell is going to complicate things.

“We’ve got about 5 feet of snow on the mountain, and a lot of snow banked up to spread around as needed,” he said.

Bouchard said it would have taken a truly horrendous winter to keep Tenney from reopening, because that is the linchpin to large redevelopment plans for the mountain.

“The key was getting it open. We wanted to get the ski mountain open, to show the town and the community that we’re here to stay,” he said.

In a January presentation to the Plymouth Planning Board, Tenney representatives have described plans to build a hotel – Bouchard said work on that could start this summer – as well as retail shops, housing for seniors, and even housing for Plymouth State University staff or students. Reopening Tenney Mountain is vital to the business plan.

“It can only help if they have an active ski area,” said Peter Pettengill, past president of the local Chamber of Commerce.

Almost 100 condominiums already exist around Tenney Mountain, having been built by earlier owners who had visions of ski-related development before succumbing to debt and fluctuations in housing markets.

“They would certainly go up in value, at least now, if you can attach a ski area to them,” Pettengill said of those units. “It’s like having a house and all of a sudden, you’re on a golf course.”

The idea of having extensive development alongside the ski area is what makes Tenney’s rebirth unique, said Davis, who has written several books about closed ski areas, including one set in the White Mountains.

“I’m cautiously optimistic. … It depends on how much financing they have behind them,” he said, noting how many New England ski areas succumbed to debt in the 1980s and 1990s because they built too many condominiums.

New England’s ski mountain industry had been shrinking for decades, as many smaller resorts were hammered by escalating costs for snowmaking and insurance combined with a stagnant number of ski and snowboard visits. NELSAP, or New England Lost Ski Areas Project, was founded to remember some of them.

In the last 10 or 15 years, however, a number of such areas have reopened in one form or another.

The biggest examples in New Hampshire were Crotched Mountain in Francestown and Granite Gorge in Keene, both of which had been shut for close to 15 years and required extensive work. Crotched Mountain’s owner, Peak Resorts, built a new lodge and created some entirely new runs.

Also notable is Whaleback in Enfield, which has closed and been reopened twice since 2000, most recently by a nonprofit group.

Many other ski mountains have been reopened on small scale, often by volunteer groups, Davis said. He pointed to Littleton’s Mt. Eustis Ski Hill as an example. Ascutney Mountain in Vermont, a major resort that went belly up in 2010 after years of financial turmoil, also saw this happen: a portion of the area has been reopened by a local nonprofit, which installed a T-bar to give access to some of the lower runs.

A different business plan has been used by two Vermont mountains, Plymouth Notch and Haystack, both of which reopened as private resorts open only to owners of the associated housing and condos.

Davis said even a well-financed Tenney Mountain will have a long road ahead of it.

“It takes a long time to build up the recognition again after you’ve been closed. People don’t think about you anymore,” he said.

However, he added that recent trends make him hopeful.

“I’ve seen mountains come back that I never thought would,” he said.