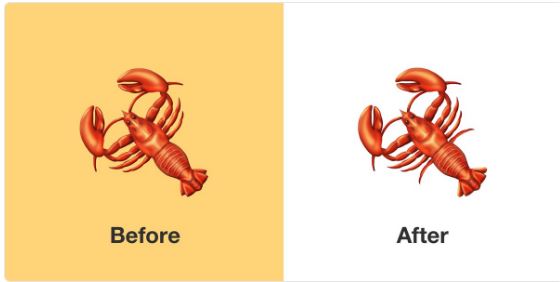 They take lobster seriously in Maine, even when it’s a Unicode standard rather than a seafood delicacy.

As reported by the Portland Press-Herald (which knows a good Maine story when it sees one), some objected because the proposed lobster emoji had six legs and two claws, whereas the Atlantic lobster has eight legs and two claws.

They also fixed the proposed DNA  emoji, which was twisted the wrong way, and updated a skateboard emoji that looked like it belonged in MarioKart circa 1985.

That’s why they have beta pre-releases. Get those fixes in before the standard is set in digital stone.