Who would attack a century-old tree? 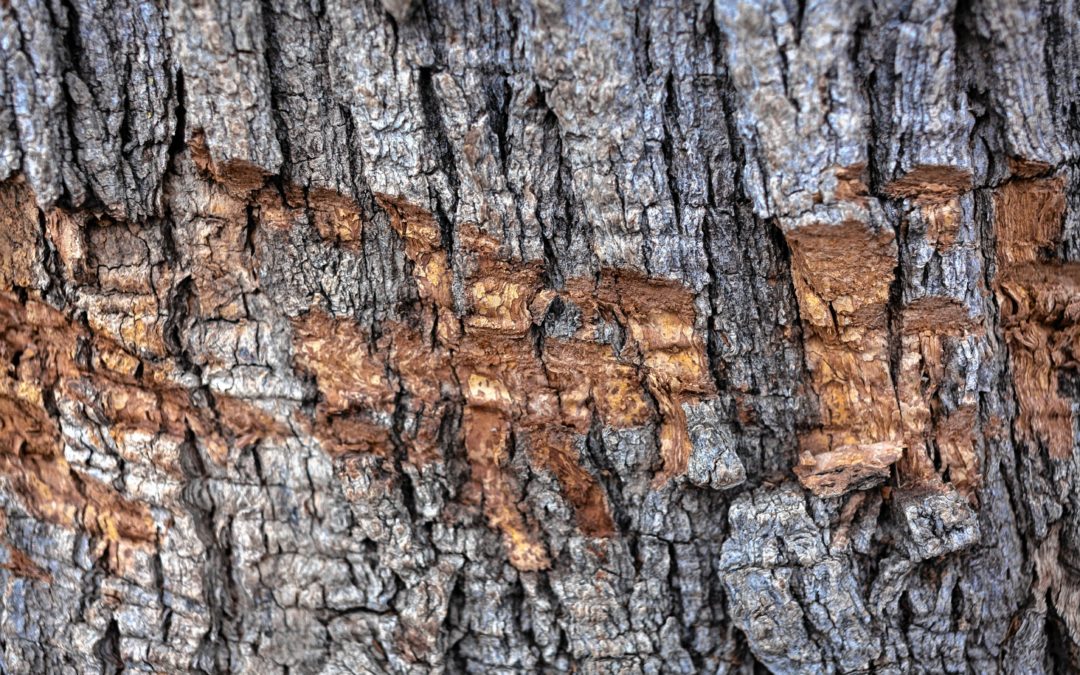 A little of this might be rodents, but this extends all around the tree, as well as several others. (ELIZABETH FRANTZ / Monitor staff)

It appears that somebody has been attacking trees around the New Hampshire State House, including the huge Norway maple next to the Soldiers Memorial Arch along Main Street that is the biggest of its species in the state, by chopping or cutting the bark near the base.

While none of the trees appear to have suffered fatal damage, if the attacks grow worse they could “girdle” the trees, cutting off the supply of nutrients that move through the bark and eventually kill them.

“It’s disturbing,” said Beth Fenstermacher, assistant city planner for Concord. “We’re doing so much to save the trees from infestations, and this happens.”

The attacks were first noticed a few weeks ago, Fenstermacher said, and appear to be continuing. 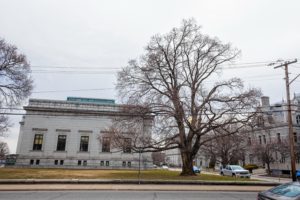 A tree that has been girdled is seen next to the New Hampshire Historical Society Library in downtown Concord on Thursday, April 12, 2018. (ELIZABETH FRANTZ / Monitor staff)

They can be seen as irregular rings of broken bark around four trees on the State House grounds: the 70-foot-tall Norway maple at the arch, a black walnut by the governor’s entrance, and an oak and a sugar maple on Capitol Street.

Also hit was a large maple tree on the property of the New Hampshire Historical Society, which stands alone at the corner of Park and Green streets.

“It would feel really empty if it goes,” said Amanda Tebbetts, a sophomore at Bishop Brady High School who was walking her dog nearby Thursday. “We went there on a field trip in elementary school, and we had lunch out by that tree.”

At least one other tree, in the parking lot behind City Hall, has also been damaged recently.

The attacks are being investigated by the Concord Police Department.

Most these trees are several feet in circumference. They are protected partly because of their age, which means the outer bark is thick and rugged, making it harder to cut through to the inner bark, or phloem – the tree equivalent of a blood supply that carries nutrients and water from the ground up to the leaves and branches.