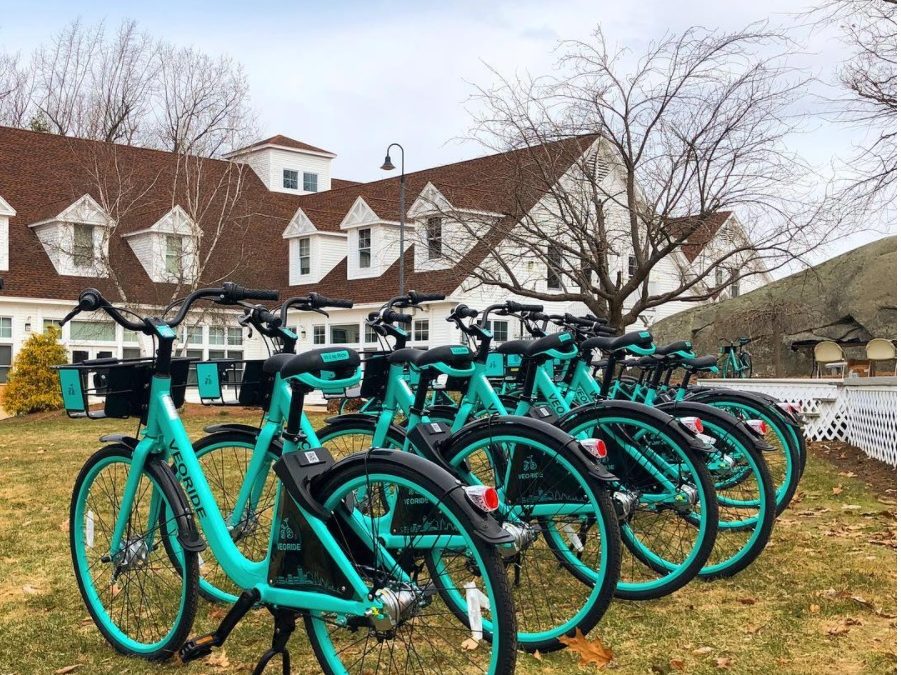 New England College in the town of Henniker started a dockless bike-share system this month, joining an intriguing trend.

New Hampshire has a few bike-share systems, such as this one in Manchester, that require returning bicycles to one of various docking stations in order to no longer be charged by the hour. Dockless bike share is much more flexible, since you can leave the bicycles pretty much anywhere  instead of being forced to start and end your jaunt at certain locations. Basically you clock in and out with an app after unlocking the bike, and the company (Veoride) keeps track of it all through GPS.

These systems have problems, however, including lack of control – the first one in France closed because all the bikes were getting damaged – so  it’s not clear how well they will do. A small, controlled place like Henniker might be better for them than a big city. The NEC program started with 20 bikes.