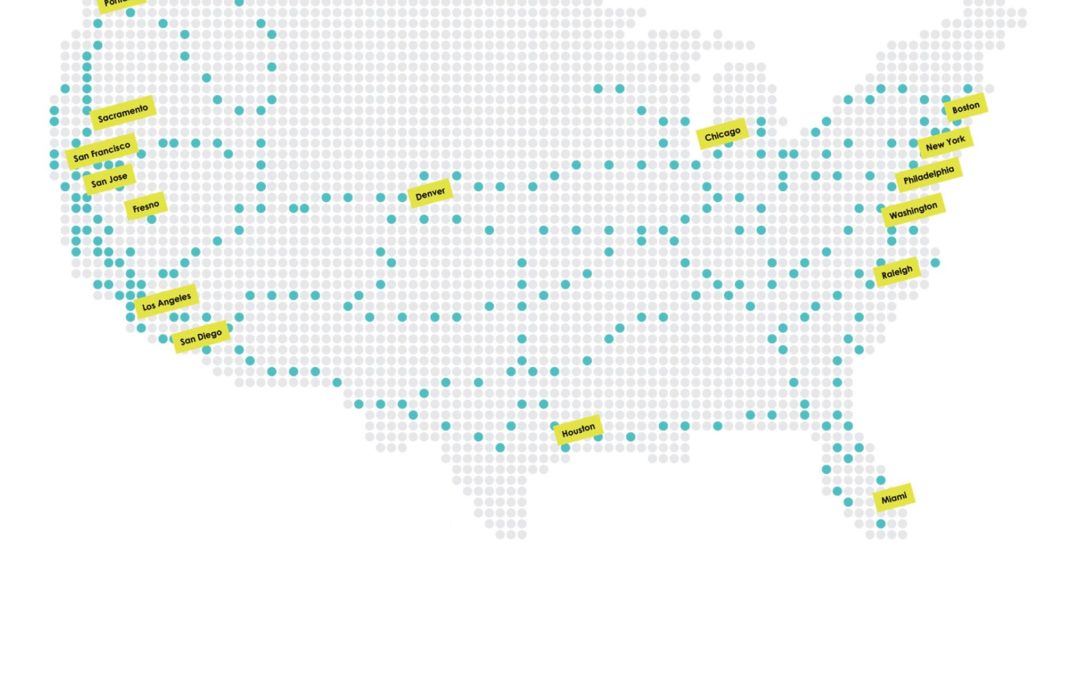 Electrify America, a portion of the settlement program from Volkswagen’s diesel cheating scandal, said today it will build an electric vehicle supercharging network across the U.S., to rival Tesla’s. Construction is promised to be finished by June 2019.

Details are sketchy at the moment, including how much of it will be built in New Hampshire. The accompanying map is vague, but I suspect it will expand like Tesla’s did – inching north over the border along I-95 or I-93 from Boston but not coming to the rest of the state for a while.

(As a side note, Vermont’s utility, Green Mountain Power, is expanding its program providing free at-home chargers for customers as long as they agree to let GMP draw power from the chargers during peak demand. Details here.)

From the Electrify America press release:

Electrify America announced today that it will be installing ultrafast electric vehicle chargers at more than 100 retail, convenience and refueling locations across the U.S…. Each location will offer multiple chargers.

And what does “supercharger” mean?

Electrify America’s charging systems will have a range in power from 50kW, the most commonly used fast charging for electric vehicles today, up to 350kW for its highway stations. The Electrify America systems will also offer DC Fast Chargers ranging from 50kW to 150kW for metro locations. An L2 AC charger will also be offered at a majority of metro DC fast charging stations to accommodate plug-in hybrids and non-DC-charge capable EVs.

Electrify America’s certified cooled-cable chargers offering 350kW of power can charge a vehicle up to 20 miles per minute, which is seven times faster than today’s most commonly used DC 50kW Fast Charger. The majority of the new, larger battery EVs expected by 2020 from many manufacturers will typically use up to 150kW while at least one manufacturer will offer 320kW charging performance. All charging stations will offer a CHAdeMO1 (50kW) connector, plus additional dual-handle dispensers with CCS1 (50 to 350 kW) connectors