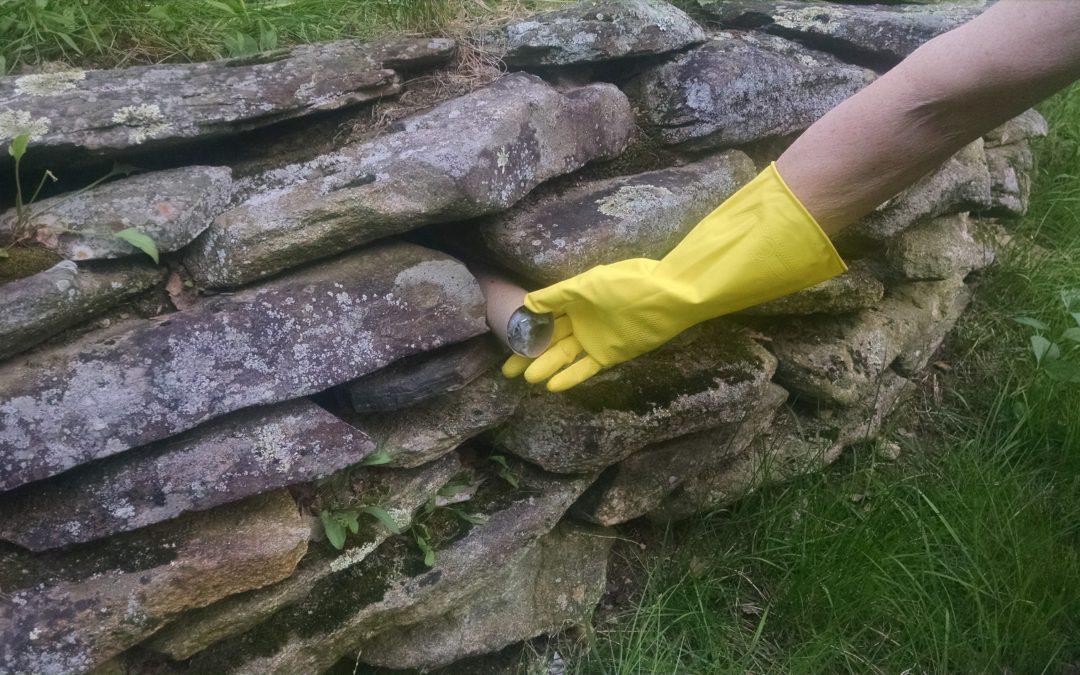 Mice, come get your free (permethrin-soaked - shhhh) nest bedding!
My most recent attempt to fight the scourge of tick-borne disease felt like Easter morning. Not because I was dressed up and going to church, but because my wife and I were hiding funny-looking objects all around the yard, wondering if we’d remember where we had put them.

Rather than Easter eggs, these objects were homemade “tick tubes,” our attempt to trick mice into poisoning some of the black-legged ticks that want to transmit viruses for Lyme and other diseases into our bloodstreams.

Tick tubes are, as you might expect, small tubes. They are filled with cotton soaked in permethrin, an effective and long-lasting insecticide.

You put them where mice like to scurry, such as next to stone walls or alongside your house foundation. The hope is that white-footed mice – a major carrier of what are often called deer ticks – will take the cotton home and use it to make their nests. There, the poison will kill the ticks riding on the mice, so those eight-legged disease-carriers won’t drop off the mouse’s back in the middle of your yard and then grab you as you walk past.

That’s the hope, anyway. Researchers are cautious about their effectiveness because ticks are brought into our yards by a variety of animals. Entomologist Alan Eaton, UNH’s retired guru of all things bug-related, noted in 2016 that “most field trials had disappointing results.”

Certainly I’m not going to count on them turning my home into a tick-free paradise. I won’t stop my prevention techniques, including wearing long pants tucked into socks when I go outside.

But I figure tick tubes can’t hurt, especially since these were free.

You can buy ticks tubes at hardware stores and online, but you can also make your own by soaking cotton balls in permethrin and shoving them inside what small tubes you have.

Some people use permanent tubes such as 6-inch segments of PVC pipe, but I use old cardboard tubes because I’m cheap. In fact, I’m too cheap to buy cotton balls.

My tick-tube experiment got a running start because we already had two dozen old toilet-paper tubes stuffed with dryer lint down in the basement.

I made those as fire-starters for the woodstove because lint from natural fabrics is really combustible. I’ve even put a handful of dryer lint in our winter hiking emergency kit, in case we ever get lost or hurt in the woods and need to quickly light a fire. 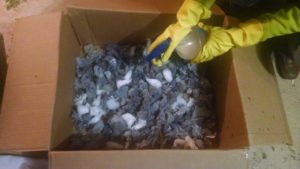 Spraying lint (and cotton) with permethrin. Note the gloves, please.

My wife and I removed the lint and put it in a box, added some cotton from the tops of medicine bottles, and sprayed it all with a 10 percent permethrin solution, which you can get at your local hardware store. We shoved this mix back in the cardboard tubes (while wearing gloves, of course) and then scattered them around our property.

Will they work? And how will we know?

If the lint disappears, we’ll know that some critters are taking it, but there’s no way to measure any resulting tick death or changes in local arachnid population. All I can do is assume – hope, really – that it will.

In this, using tick tubes is an act of faith, like lighting a candle in church or casting a vote for president. It may not make a difference, but at least it makes me feel better.

If this effort means that just one tick dies a slow, horrible death from insecticide poisoning, it’ll be worth it.