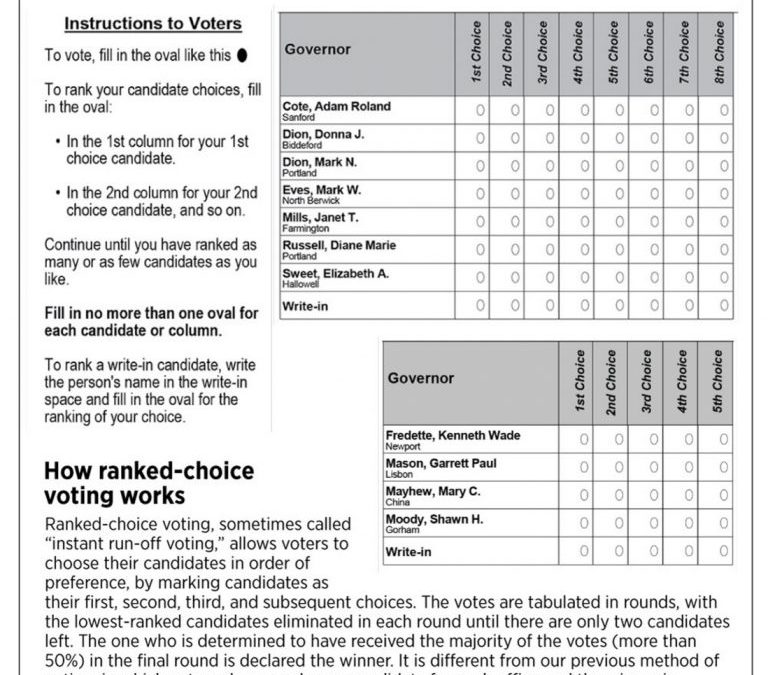 Maine is set to become the first state to try ranked-choice voting on statewide ballots in a primary next week, although as the Portland Press-Herald notes, there’s a twist (there’s always a twist in this story):

Maine voters will finally get their chance to try out the hotly debated ranked-choice voting system when they head to the polls to select party nominees for governor, Congress and the Legislature on June 12.

While they’re in the voting booth, Mainers will also face Question 1 on their ballots, asking them if they want to keep the first-in-the-nation ranked-choice system in place by rejecting a bill the Legislature passed to repeal it.

The legislators in Maine have really balked at the idea of letting voters choose more than one candidate and ranked them in order, ever since the idea passed a statewide referendum last year. Advocates of the idea say it will better reflect voters’ desires and defuse partisanship, because candidates will have to appeal to a broader set of voters. Opponents say it’s unnecessary and confusing and will be just another obstacle to getting people to vote.

Similar types of multiple-candidate ballots are used in some cities, including Cambridge, Mass., but this will be the first time they are tried statewide.