Nobody has ever died from Jamestown Canyon virus – but did it just happen in N.H.? 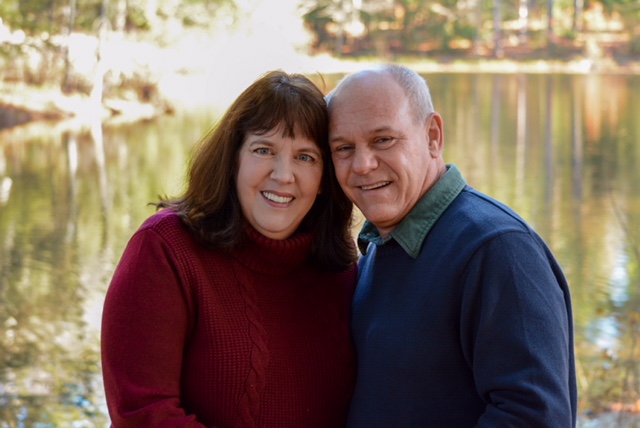 Susan and Thomas Bengtson in the fall of 2016. Courtesy photo.

The death of a New Hampshire man said to be infected with a rare mosquito-borne disease called Jamestown Canyon virus has raised questions as to whether he is its first recorded fatality.

Thomas Bengtson’s widow, Susan Bengtson, says two separate tests found evidence of the Jamestown Canyon virus in the 56-year-old. Bengtson, of Derry, died June 18. His cause of death was determined to be encephalitis, an inflammation of the brain that can be caused by Jamestown Canyon virus, as well as a number of other agents.

Pinpointing the exact cause of Bengston’s death is difficult partly because of the effect of years of chemotherapy he had undergone – reducing his immune response, and partly because Jamestown Canyon virus is a relatively new medical problem in the country.

“There haven’t been a lot of cases yet so we’re still learning a lot about this disease,” said Elizabeth Daly, chief of the state’s Bureau of Infectious Disease Control. “We don’t know a lot about this virus, about how long it has been around.”

The virus is found throughout the United States but produces few symptoms, or none at all, in most people, according to medical officials. Fewer than 100 cases have been reported nationally, five of them in New Hampshire since 2013, including three reported last year.

Daly said as of June 28, no cases of Jamestown Canyon virus had been confirmed in the state. But, she said, “testing is not widely available” and overall numbers, “probably under-represent what is actually happening in the community.”

There has never been a confirmed fatality from Jamestown Canyon virus. That makes the June 18 death of Bengtson, a Navy veteran who worked as an engineer, all the more important.

“They told me it’s because his immune system was compromised from the chemo,” said Susan Bengtson, thinking back on conversations she had with doctors. “I think people should be aware of it.”

As she tells it, Thomas Bengtson’s problems date back more than a year, starting with fatigue and phantom pains, progressing through confusion and mood swings into physical decline and eventually dementia that made him hard to control and sometimes forced the family and doctors to restrain him. He died in bed at Brigham and Women’s Hospital in Boston, a shell of his former self.

Bengtson, an engineer at Nantero Inc. in Massachusetts, had lymphoma, but with chemotherapy it had been in remission since 2012 and he had seemed healthy until a little over a year ago, Susan Bengtson said. The two had been married 18 years, with grown children from previous marriages and one daughter of their own.

“Last year, in May, we had a campfire with family and friends. That was about the last time he was able to do anything,” she said. “We didn’t do one thing last summer. We never camped once last year, that’s the first time ever. We knew something was wrong, but didn’t know what.”

They went to doctors who considered Lyme disease and then fibromyalgia, both of which can show similar chronic symptoms, but no cause was found, she said. As months went on, things got worse.

“In January, he started getting really confused. He called me from work and said ‘I don’t know what to do here,’ ” she recalled.

The confusion got so bad that his company had to keep him from working with chemicals or electrical systems out of fear for his safety, and then told him to stay home.

“In February he was pulled over by Derry police. They called me and said they thought he was under the influence,” she said. “They were awesome when they learned it was a medical condition. They let me call a family member to pick him up.”

Soon, he had to be kept at home, and when his oncologist saw his condition at a regular appointment in March, they halted chemotherapy and went into more extensive testing.

“We all thought the cancer was back,” Susan Bengtson said.

At Dana Farber Cancer Institute, doctors did MRIs, spinal tap and bloodwork, but “in early April they said, ‘We don’t know what’s going on.’ There’s inflammation, cells that aren’t supposed to be there, proteins are high … but they didn’t know.”

By early May he was at Brigham and Women’s Hospital where they had to restrain him: “He was going in other people’s rooms, trying to leave.” They eventually put him in a tent bed, an enclosed bed that kept him from walking away but didn’t keep him tied down, she said, but he kept getting worse, shedding weight until he was down to 118 pounds.

“Day to day, I could see a change in him. They finally told me he had rapidly progressing dementia and had weeks to live,” she said.

On May 14, she said she got a phone call that blood testing at the University of Southern California had found evidence of Jackson Canyon virus as part of sweeping tests.

“I had told them, you test him for any kind of bug that’s out there because of all the time he spends in the woods,” she said. “He’s always out there walking, outside.”

She said they tried two experimental medicines – “we had to get FDA approval” – but they didn’t work. Medicine was halted June 10, and he died eight days later.

Daly said that Jamestown Canyon virus, like other diseases passed on by mosquitoes such as West Nile virus and eastern equine encephalitis, can lead to inflammation of the brain and spinal cord, causing “headaches, seizures, changes in mental status, confusion, symptoms of something neurologic happening.”

All diseases passed on by mosquitoes must be reported as part of public-health monitoring, including Jamestown Canyon virus. Its appearance in the state, while still rare, has led officials to include it in information about arboviral disease – those transmitted by insects and other bugs – to health practitioners and the public.

“We’ve started to include it as part of arboviral disease communication to providers, letting them know it’s time to start considering these when they show symptoms,” said. “Fortunately the same precautions that we take against West Nile, EEE are also effective against Jamestown Canyon.”

They include removing standing water where mosquitoes can breed and taking effort to avoid being bitten, such as wearing long sleeves and long pants when mosquitoes are out and using proper bug spray.

As for Susan Bengtson, as she puts her family’s life back together, she says she tries not to second-guess what happened.

“I have to wonder, if they’d found it a year ago, could they saved him?” she said. “You never know.”