Hydroponic “farm” in a shipping container in Concord 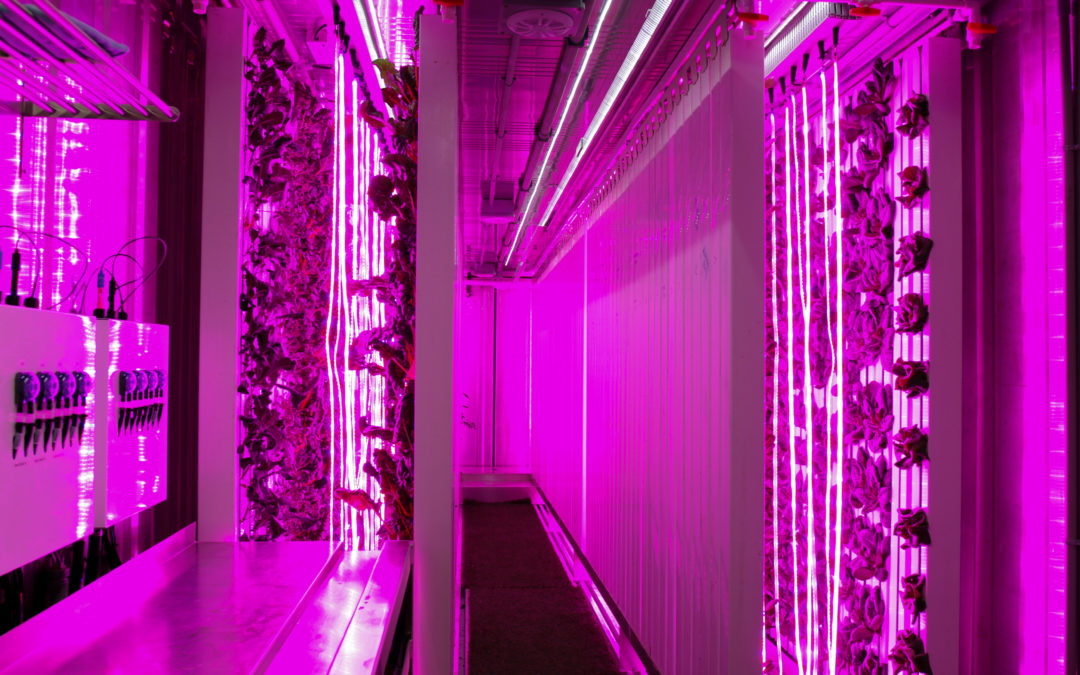 Time has taken its toll on Concord’s most unusual “farm,” the hydroponic trailer that has provided lettuce to a Marriott hotel for almost five years, but fans of high-tech leafy greens needn’t fret – a replacement is on its way.

“It needed to be rehabbed quite a bit. It required a lot of babysitting,” said owner Steve Duprey. “Rather than rehab it, which would cost $20,000 or $25,000, we decided it was better to sell it and buy a new one.”

The system was built by Freight Farms, a Boston-based agricultural technology firm. When it arrived in Concord in November 2013 bearing the snazzy name Leafy Green Machine, it was the first of its kind in New Hampshire.

Since then, said Christopher Snow, product marketer for Freight Farms, more than 200 Leafy Green Machines have been installed in all 50 states and 13 countries. The cost is $85,000 plus installation.

The Leafy Green Machine consists of a refurbished 40-foot shipping container, weighing about 7 ½ tons. Inside are vertical racks holding plants that grow under LED lighting, often of a magenta color to maximize photosynthesis, fed by nutrients in a liquid bath. The company says it can grow a wide variety of crops, from greens to edible flowers to root vegetables.

Indoor farming often uses much less water than growing outdoors, as well as much less pesticides because of the controlled environment. It, however, comes with other issues – for example, the lack of insects makes pollination difficult. A major benefit is the ability to grow fresh vegetables in urban environments where it can be hard or expensive to get them from traditional farms.

Duprey said the trailer produced about 100 to 150 heads of lettuce a week for the Courtyard Marriott hotel and adjacent Grappone Conference Center.

“We go through that much, if we have an event, in a day sometimes. So it’s a nice addition but it doesn’t fulfill our full needs,” he said.

Duprey said he was looking for other sources and pointed to Lef Farms in Loudon, which grows greens hydroponically inside greenhouses.