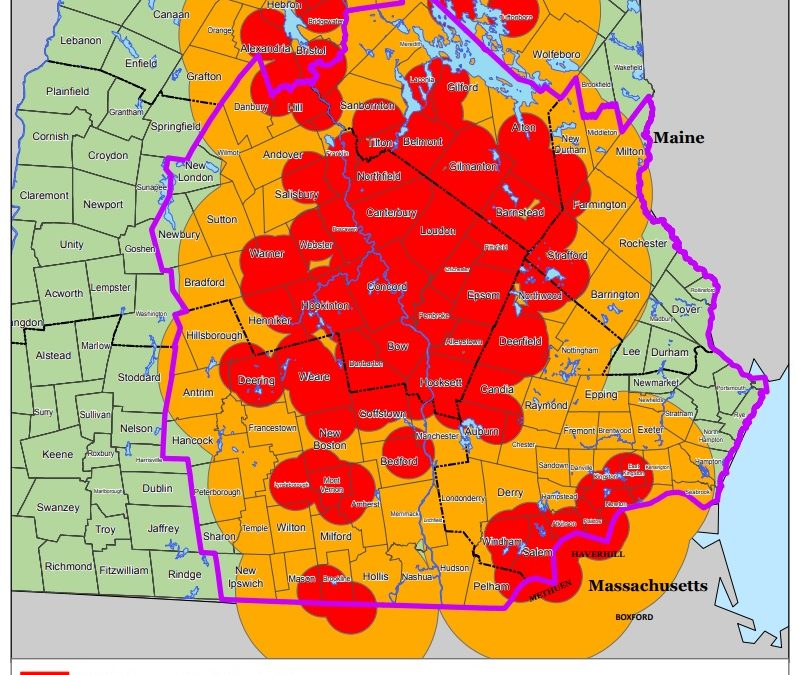 This is not a paintball target.

Five years after the invasive insect known as the emerald ash borer was first spotted in Concord, it has spread so far throughout the state that officials may end the quarantine which tried to contain it.

The move would not be a surprise since scores of other states have tried and failed to stop the spread of the beetle known as EAB, which can fly five miles or more at a time.

EAB is native to eastern China. It was found near Detroit in 2002, presumably after it was carried there with imported goods, possibly on wooden pallets.

It is now found in most states east of the Mississippi River. Biologists expect that it will eventually spread throughout the continent and destroy most if not all of North America’s ash trees.

The New Hampshire quarantine was put into effort shortly after EAB was found in Concord in 2013. It forbids moving any ash wood, such as firewood or lumber, out of counties where the beetle had been found. The goal was to limit “human-assisted spread” of the insect and give unaffected counties more time to prepare, but from the start officials acknowledged that natural spread of the insect would continue.

As of August the beetle has been found in 54 New Hampshire towns located in seven of the state’s 10 counties.

“The benefits of quarantine diminish as the EAB-infested area increases in size,” noted UNH Extension in a press release announcing the proposal to end the quarantine.

There’s also no longer a need for New Hampshire to protect surrounding locations, since EAB was found in Vermont and Maine this year. It has been in Massachusetts in 2012 and in western Quebec since 2008.

Under the proposal all products such as logs, chips, and nursery stock, could be moved within the state and across state lines to Vermont and Massachusetts. Movement to Maine, which has so far seen only scattered outbreaks, would still need to be certified in compliance with the federal EAB quarantine.

This would not affect existing quarantines again out-of-state firewood being brought into New Hampshire. Moving firewood has been pinpointed as spreading many undesirable insects, not just EAB.

Other attempts to slow the spread of emerald ash borer will continue. They include releasing a wasp that acts as a parasite on the EAB larvae and educating forest owners about best practices to limit the damage.

Public comments are being accepted on the proposal. They can be sent through Sept. 21 by email to piera.siegert@agr.nh.gov, by uploading comments to NHBugs.org website, or by mail to the Division of Plant Industry, NH Dept. Agriculture, Markets & Food, 29 Hazen Dr., Concord, NH 03301.